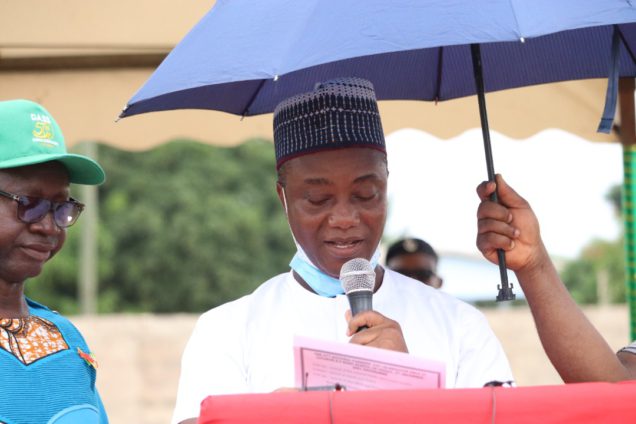 The Municipal Chief Executive (MCE) for Ketu South, Maxwell Lugudor, has warned that his administration will not tolerate illegal fishing activities in any of the coastal areas in the Ketu South Municipality.

He added that anyone or groups of people found in the illegal activities will be dealt with.

He said the laws governing the fisheries industry frowns on the use of illegal fishing activities, thus, his administration will not tolerate these illegal activities.

The DCE emphasised that residents can either operate with the use of acceptable methods or go elsewhere to continue with the illegalities.

He also mentioned the devastating nature of the ravaging sea as one of the challenges affecting the fisheries sector and hopes that something is done about it soon.

Mr Lugudor also announced plans by government to give outboard motors to fisherfolks on subsides rates.

The DCE noted that  Agriculture remains the mainstay of Ghana’s economy and the government is working hard to ensure that the country becomes self-sufficient in food production.

He said over the years governments have developed policies to improve the agriculture sector and one of such policies is the planting for foods and jobs initiated by President Akufo-Addo with five implementation modules to revamp and address the declining growth of the agricultural sector.

Mr Lugudor added that 177 women from different communities in the Municipality have benefited from the training given by Women in Agricultural Development (WIAD).

Mr Lugudor stated that the one District one factory cassava processing factory in the Municipality is 95% complete and will soon be ready for use.

“Soon cassava farmers from Ketu South and other adjoining districts will be able  to supply the processing factory with flour and starch which would also be used as raw materials for the food and pharmaceutical industries respectively,” Mr Lugudor said.

He urged farmers and fishermen to do more in their respective fields. Deserving farmers won different types of awards to motivate them to work harder.

DISCLAIMER: The Views, Comments, Opinions, Contributions and Statements made by Readers and Contributors on this platform do not necessarily represent the views or policy of Multimedia Group Limited.
Tags:
Ketu South
Maxwell Lugudor
National Farmers' Day
Women in Agricultural Development