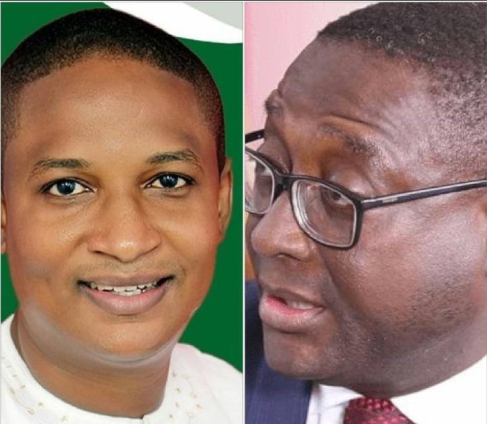 Member of Parliament for Adentan constituency, Yaw Buaben Asamoa has indicated that his works in the area are enough to give him the nod from the residents for a 2nd term in the December polls.

According to him, the constituency under his leadership has seen a tremendous amount of facelift which has contributed to improving their daily lives.

This follows comments by some NDC members that Mr Buaben, who doubles as the Communications Director of the New Patriotic Party (NPP) has overly focused his attention on party matters.

The Adentan MP was speaking on The Battleground on Joy FM.

The show which premiered on Thursday, September 17, 2020, is geared towards bringing listeners in-depth analysis of the most keenly contested constituencies across the country.

On the programme, the NDC candidate contesting Mr Buaben for the constituency seat in the December polls, Mohammed Ramadan called out the former for neglecting the needs of the constituents.

“Good roads, water, stable electricity and drainage. These are basic things that people within the community are asking for. Yet our Member of Parliament abandons the constituency completely, focuses on his national duty going around,” he said.

Mr Ramadan touted this development as one of the reasons for which he will be given the mandate to steer the constituency’s affairs come January 7.

“You see the way he was struggling to tell you about projects he has led. The New Legon school he is talking about was funded by the assembly’s IGF. How does that tie into something the Member of Parliament led?” he quizzed.

Mr Buaben also pointed out that during NDC’s administration, “whenever there was a storm coming in, residents of Nanakrom had to run for their lives. Now they don’t even care when a storm is coming up because we have created the drains.”

Historically, the Adentan Constituency has been known to be a swing seat.

The NDC candidate is hoping that the trend plays in their favour in the December general elections while the incumbent MP is bent on breaking the jinx to emerge the victor in the polls.

The hour-long programme which airs every Thursday from 7 pm – 8 pm will continue to juxtapose the needs of the electorate with the deeds of the parties and candidates as election 2020 approaches.