‘My life flashed before my eyes’: Benny Blanco once accidentally kissed Beyoncé in front of Jay-Z 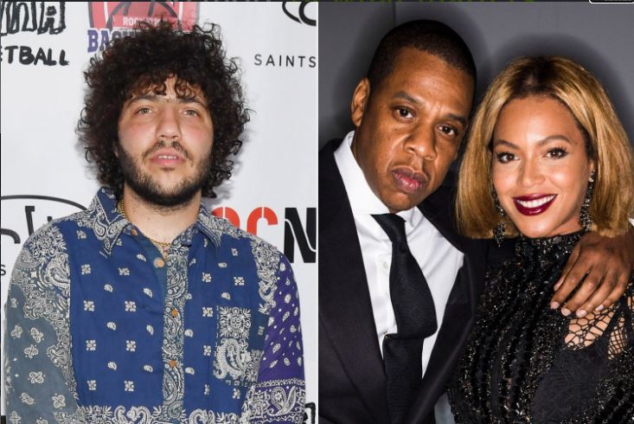 Benny Blanco is kissing and telling.

The “Lonely” producer, 33, once thought he was going to be “dead” after he accidentally kissed Beyoncé on the mouth in front of JAY-Z.

Blanco revealed on Apple Music’s The Zane Lowe Show Wednesday that about a decade ago, he was invited to Beyoncé and JAY-Z’s Hamptons home along with other producers for a beat battle.

“I’m playing beats, and JAY-Z is there and we’re just drinking, chilling. He comes up to me and he’s free-styling in my ear. And I’m like, ‘JAY-Z is sitting here, getting drunk with me while Beyoncé is singing little riffs, and he’s free-styling in my ear. And we’re about to all go in the pool after,'” the producer recalled of the party. “It’s these moments, I’m like, ‘How is this my life?'”

At the end of the night, Blanco said he planned to give Beyoncé, 39, a goodbye kiss on the cheek but the farewell didn’t go as planned.

“I went to do like, kiss on the cheek, and I guess we just missed a little bit. And just like, I definitely hit the corner of some sort of lip. I’m like, ‘Oh my God. This is the worst thing in my life,'” the “Eastside”producer said. “And I’m sitting there, and as I’m doing it, out of the corner of my eye, JAY-Z is right there looking at me. And I’m just like, ‘My lip is here. Hers is there, and there’s definitely some corner things are happening.’  And I look at Jay and I’m like, ‘Oh, OK. I’m dead. My life is over. It was great. Nice knowing you guys.'”

Blanco said he thought he was going to “be in a coffin” the next day, adding, “my life flashed before my eyes.”

“No one noticed, she didn’t,” he said, adding that he was eventually able to sigh an exhale of relief.

Beyoncé and JAY-Z tied the knot in April 2008 and have since welcomed daughter Blue Ivy (who recently won her first Grammy), 9, and twins Rumi and Sir, 3.