‘My relationship with Mourinho is due to my commitment’ - Afena-Gyan - MyJoyOnline.com

‘My relationship with Mourinho is due to my commitment’ – Afena-Gyan 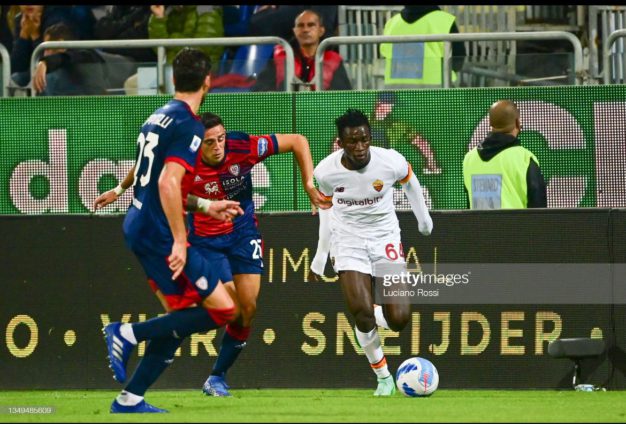 Highly-rated Ghanaian youngster, Felix Afena-Gyan says his commitment to giving his best is what has earned him a good relationship with manager, Jose Mourinho.

The forward was given his chance in the first team by the Portuguese manager after impressing with AS Roma’s youth team and has since been with Mourinho’s squad since making his debut.

Afena-Gyan explains that his ability to keep doing what he does for his team has been the reason for Mourinho keeping faith in him.

“I believe that this relationship with me is due to the commitment I put into every training, to my hard work on the pitch. I’m sure that if I didn’t try as hard as I do, the coach might not mention me in a photo on Instagram as he did,” the Ghanaian told Italian journalist, Gianluca Di Marzio.

The 18-year-old also lauded his manager for his relationship with youngsters, describing him as a great coach.

“He is a great coach, especially with young players. He is a coach who encourages you, who motivates you, I like him a lot. It pushes you and encourages you to do what you want, to give your best and improve day after day,” he added.

Afena-Gyan also revealed that his mum has been one of the people behind his success so far, after making the move to Italy.

The forward concluded: “If I am here today I owe it above all to my mother, to her I must say thank you. She is the person who is doing the most for me at this stage of my life.”

Felix Afena-Gyan made a move to the Italian side in March 2021, and became a great addition to the youth team before being given Serie A debut in the 2021/22 season against Cagliari last month.