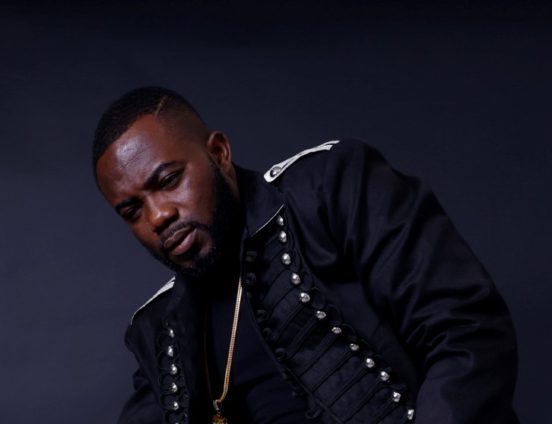 NaaKay of the Hip-life duo Nkasei, who made waves in the early 2000s with their talent, is making a comeback into the music industry.

The artiste, who took up rapping from his secondary school days, is once again hoping to dazzle Ghanaians with great tracks but this time under a new name ‘Afro Yesus’.

NaaKay, who is now going solo, believes every youth must dare to work hard when they have the energy. Hence as a preacher who heeds to his own words, he has decided not to sleep on his talent after a long hiatus.

According to him, the name change stemmed from a spiritual awakening that changed his entire perception on life.

He explained in an interview with AdomOnline that he had to change his name to reflect his purpose for doing music again and also aimed at demonstrating what he represents.

NaaKay further explained that, Afro represents his African background and the Yesus which is from Yesu, represents someone who is enlightened.

The EP, according to him will go a long way to throw more light on the differences between Naakay of Nkasei and Afro Yesus, he said.

Afro Yesus outlined that he will release songs that deal with hardship in everyday lives, as humans; and soulful lyrics that touches the deeper core of who we really are.

The artist hail from Elmina in the Central Region of Ghana and had his tertiary education at Takoradi Polytechnic where he had his HND in accounting.

Afro Yesus (then NaaKay) along with his longtime partner, Shy produced amazing albums under Nkasei such as “Bisa”, “Nsenkyireni” and “Action”.

These albums saw the duo, trending on all available spaces in the country. Their songs remain relevant and a good source of entertainment even till date.

Songs like ‘Nkuro Eduro’, ‘Alogo Springi’, ‘Shake your Wele Wele Wele’, “Monkey”, “Eko Mamo” and “Ashesh3” and “Tuobodom” are still fresh in the minds of fans even after decades.