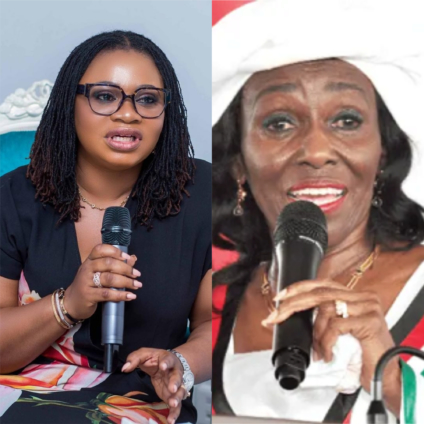 Addressing the media after filing her presidential nomination forms on Thursday, she indicated that since Mrs Osei attempted to disqualify her candidacy, her campaign team had to legitimately take on the Commission in order to contest for the 2016 polls.

She said due to that her party did not have the amble time to rally enough supports from the electorates.

“If you were here last four years, then you will know the work that the Electoral Commission did in trying to stop some of the parties from even contesting the elections.

“Because we had only two weeks to do everything and start campaigning so that is why the results turned out that way,” she explained.

The former First Lady added that the way the current EC Chairperson, Jean Mensa, is handling the electoral process, she is optimistic she will win the upcoming December polls.

“We have been lucky to have an Electoral Commissioner who sees a bigger picture and we have systematically worked towards the programme that she has given us. So for me, I like what is going on,” Mrs Rawlings said.

Should she win the Presidential mandate, she pledged to implement transformational initiatives, particularly in the education sector.

According to her, these initiatives will give citizens especially the youth more viable in the job market.

“We have a lot of people entering the University today, they go there because that is what they are supposed to do from Senior High School.

“So if we could structure the education system so that we have the skilled training and development, we would have many more people having a hands-on approach to jobs in the country and earn far more than just completing the tertiary level.”

DISCLAIMER: The Views, Comments, Opinions, Contributions and Statements made by Readers and Contributors on this platform do not necessarily represent the views or policy of Multimedia Group Limited.
Tags:
Charlotte Osei
Electoral Commission
Jean Mensa
Nana Konadu Agyemang Rawlings