Narcotics Control Commission to regulate growth, use of cannabis 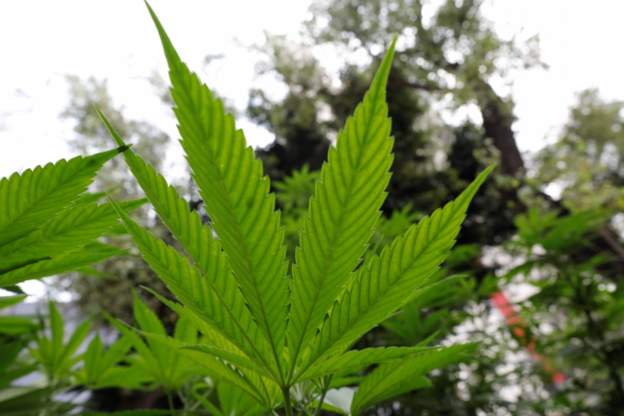 The Narcotics Control Commission (NCC) says it is considering regulating the growth and distribution of cannabis across the country while exploring its commercial benefits.

It explained that cannabis has over 100 chemicals that affect the human body in different ways, adding that some of these have positive effects whereas others – such as tetrahydrocannabinol (THC) – are a danger to the body and mind.

The Ashanti Regional Director of NCC, Samuel Yeboah, believes the best course of action regarding the abuse or addiction to illicit drugs and narcotics is intervention and regulation.

“We want to regulate the growth and use of cannabis plants that have a tiny amount of THC as this can allow the substance to carry out its medicinal benefits and not negatively impact the user,” he told David Akuetteh on Luv FM’s Luv in the Morning.

Mr Yeboah maintained that the NCC aims to eliminate the illegal trafficking of cannabis and referenced the Narcotics Commission Act 1019.

“Section 43 of Act 1019 permits the cultivation of the cannabis plant containing less than 0.3% THC,” he added in the interview on Monday, June 17.

Drug abuse and addiction are growing problems in Ghana, and the country’s youth are at the centre of it.

A 2001 study in the African Journal of Educational Studies in Mathematics and Sciences found that cannabis is the most common illicit drug associated with teenage and pre-teen substance abuse in Ghana.

The study also showed that cannabis has not caused the highest rates of abuse or addiction but is primarily a gateway drug to other more addictive and harmful drugs such as heroin and cocaine.

The Regional Director of the NCC said the consumption of illicit drugs amongst the youth and their widespread cultivation and trafficking have been present in Ghana for a long time.

“It would be foolish to say the youth have not already been consuming drugs such as cannabis for as long as these have been around just because we see this use more often now due to more advanced and abundant technology.”

“However, this does not mean we are not actively trying to change this.”

Samuel Yeboah reinforced the importance of raising awareness as he denoted a lack of understanding and curiosity as the two leading causes of substance use amongst the youth.

“Many youngsters start off taking drugs because they do not know the many dangers associated with it. Others become curious about the real effects of drugs when they are told about them.”

“The biggest problem is that the NCC cannot be everywhere and we lack information…so the cultivation and use of drugs are bound to happen no matter how we feel about it.”

“The best thing to do, I think, is to try to regulate growth and distribution for drugs such as cannabis.”

There are even possible commercial benefits of regulating the growth of cannabis.

“Firstly, when cannabis is regulated, the rising prices will naturally discourage widespread use. Secondly, because Ghana has a favourable climate for the growth of cannabis, the economy can benefit from it commercially.”

Globally, June 26 is marked as the United Nations International Day Against Drug Abuse and Illicit Trafficking.

This day aims to raise awareness regarding drug uses – societal and personal dangers.

DISCLAIMER: The Views, Comments, Opinions, Contributions and Statements made by Readers and Contributors on this platform do not necessarily represent the views or policy of Multimedia Group Limited.
Tags:
Drug Abuse
LUV IN THE MORNING
Narcotics Control Commission
Samuel Yeboah
United Nations International Day Against Drug Abuse and Illicit Trafficking