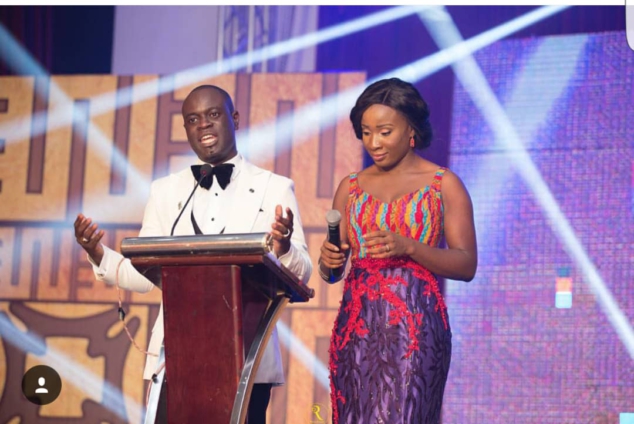 Seasoned sports broadcast journalist and widely recognised Master of Ceremonies, Nathaniel Attoh has been unveiled as the official MC for the 5th EMY Africa Awards.

The affable broadcaster also known as Citizen Attoh will be hosting alongside actress, TV and radio personality, Naa Ashorkor.

According to the organisers, the celebration of the 5th anniversary could not have been complete without bringing back some memories from the 1st edition.

“The MCs were remarkable and the prevailing ethos of the brand is very well communicated by the 2”, the Executive Director of EMY Africa Awards, Kojo Soboh said.

Asked, what he makes of hosting the awards event for the 4th consecutive time, Citizen Attoh said that he is happy to have been a part from the start.

He explained that he has believed in the central idea, which is to celebrate men for the achievements they are making in their respective aspects of endeavour as well as the efforts they are making to make society a better place.

“We live in a world where men are often not appreciated for what they do. I mean Mother’s Day is celebrated greatly way bigger than Father’s Day.

“So the idea to encourage men to do even more and put the Society on their shoulders and run with them with EMY awards is laudable.”

Citizen Attoh was quick to also add that he and his co-host have a strong bond.

“Naa Ashorkor was my co-host for the first edition and we’re doing it together again. We have a wonderful relationship as friends and it always translates when we’re working together on the stage as well, so I’m looking forward to something that is no different from all the other events that we’ve executed together on the stage.”

Actress Naa Ashorkor said she is excited to mount the EMYs stage once again.

“I’m really excited about hosting this year’s EMY awards, Africa. I had the privilege of being in the very first edition so coming back this year is a real honour! I promise we’ll have a great show!

“And we encourage everyone to stay home and stay safe while enjoying the event on Joy prime and all our digital platforms. Congratulations to all the nominees.”

The EMY Africa Awards 2020 is scheduled to show on Joy Prime at 8pm on Saturday, July 4and subsequently on Joy News.

DISCLAIMER: The Views, Comments, Opinions, Contributions and Statements made by Readers and Contributors on this platform do not necessarily represent the views or policy of Multimedia Group Limited.
Tags:
EMY Africa awards
Joy Prime
Naa Ashorkor
Nathaniel Attoh