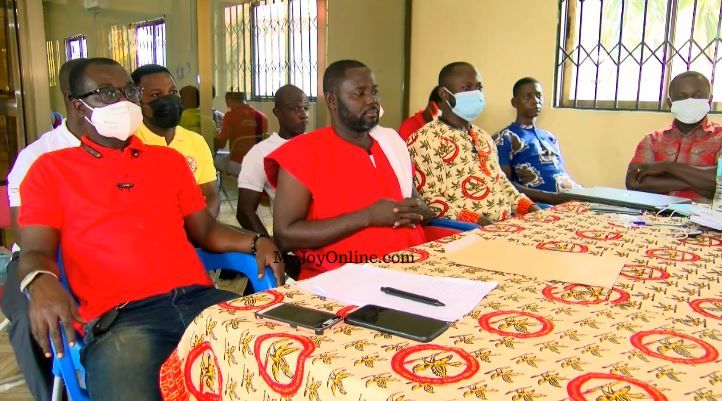 The Coalition of Concerned Teachers (CCTG) has bemoaned what it calls unfair nature of the timetable of this year’s Basic Education Certificate Examination (BECE).

The Coalition in a press statement dated November 14, stated that the over 571,000 candidates who are to sit for the nine papers within five days, have not been provided ample time to revise for each paper.

This shortfall, the Coalition stated, will leave the students stressed as they are sometimes expected to write two papers in a day.

“BECE is an examination that seeks to assess students for an eleven-year basic education they have gone through. Unlike the Senior High Schools who take about eight weeks to write their final examination with the aid of scientific calculators, BECE candidates as young as they are, are made to write their examinations with stress and difficulty, not getting enough time to revise,” the statement signed by Communications Director, Adokwei Ayikwei-Awulley read.

The Coalition wants the Ghana Education Service (GES) and the West African Examination Council (WAEC) to take another look at the timetable, “and treat our young ones fairly.”

According to the West African Examination Council, a total of 571,894 candidates are sitting for the Basic Education Certificate Examination that commenced on Monday.

The CCTG extended its best wishes to the candidates who are expected to complete the examination on Friday, November 19.

“For all the energy put in by your teachers together with zeal and hard work, success is assured,” the Coalition added.

The over 24,000 supervisors and invigilators have been urged to strictly adhere to all rules and regulations as well as not entertain any form of examination malpractice.

The Coalition has assured that any supervisor found breaching examination regulations will not be shielded.

Reacting to the death of nine BECE candidates of St Charles Lwanga Roman Catholic Junior High School at Saboba in the Northern Region, the Coalition expressed its deepest condolence to the bereaved families.

The students drowned when their canoe capsized while returning from their headteacher’s farm in Butuin.

“It is a sad news and we commiserate with the parents. It is our hope that the law enforcement agencies will be supported to investigate and deal with the matter accordingly,” the Coalition stated.

The headmaster in question is currently in police custody and will appear in court on Monday. Sources say he has been charged with manslaughter.