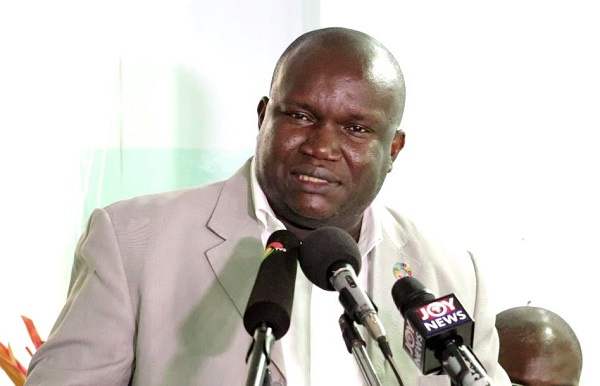 The Chief Executive Officer of the Ghana Chamber of Telecommunications, Dr. Ken Ashigbey has revealed that the National Communication Authority (NCA) has met with mobile operators to address challenges posed by the ongoing SIM card re-registration exercise.

The exercise has been characterised by long queues and other challenges at the various registration centres.

Speaking in an interview with Emefa Apawu on NewsNight on Thursday, Mr. Ashigbey indicated that his outfit has noted the difficulties which have plagued the nationwide exercise.

“Even today around 3 o’clock, there was a meeting between the NCA and the operators; all looking at the challenges that are coming up and figuring out ways in which we’ll be able to better improve the system that we currently have”, Mr. Ashigbey intimated.

According to him, based on an assessment of the events at the various centres and the feedback from the grounds, measures will be put in place to overcome the hurdles.

“At the end of the day, the assessment is based on what we’re seeing. So once you see these long queues at the various centres, some of which have even resulted in some of our members having to close some of their centres; it has resulted in some COVID-19 cases in some centres and all of that, that definitely is worrying.

The good thing about it is that, it has been a system that we’ve constantly been monitoring and doing a lot of improvement,” he said.

Earlier today, JoyNews paid a visit to some SIM card re-registration centres to ascertain the progress of the exercise. After hours of monitoring, it was observed that the exercise had been marred by long queues, leaving many participants frustrated. Some also expressed their anger at the slow pace of the exercise.

Others, according to the JoyNews team were willing to abandon the entire process due to its cumbersome and stressful nature. For them, a more convenient system should have been put in place to eliminate the hurdles surrounding the current manual approach.

Reacting to these concerns, Mr. Ken Ashigbey mentioned that as technicians and stakeholders, they are considering smoother means to ease the growing inconveniences.

“The self service that we’re doing at the first stage, we should be able to design a system again that enables some people to do some self service, even with the biometric capture.

Because, if you have a system in which I can put my finger on a particular device and then be able to link that device to the NIA data base, such that if there’s a match, then that feedback comes, that will be something that would help.

It will then eliminate you and I who can do it ourselves and then we can reduce the numbers. So I’m hoping that as we continue to engage, we should be able to design a system that enables that to happen. If that happens, it will definitely cut the number of people and improve the user experience that currently characterises what it is that we’re dealing with at this stage”, Mr. Ashigbey stated.

As part of measures to curb cyber security and create a functional national data base for citizens, the National Communication Authority, in collaboration with the National Identification Authority (NIA) are embarking on a nationwide SIM reregistration for all mobile phone users.

The exercise, which began on October 1, 2021, has entered a second stage in January, 2022, which requires owners of mobile phones to move to designated locations to register their SIM cards with their service providers.

According to the NCA, persons who fail to satisfy the stated requirements will have their SIM cards blocked at the end of the nationwide exercise in March, 2022.