NDC at a crossroad: Between election 2020 and survival, the running mate is the hope or pivot 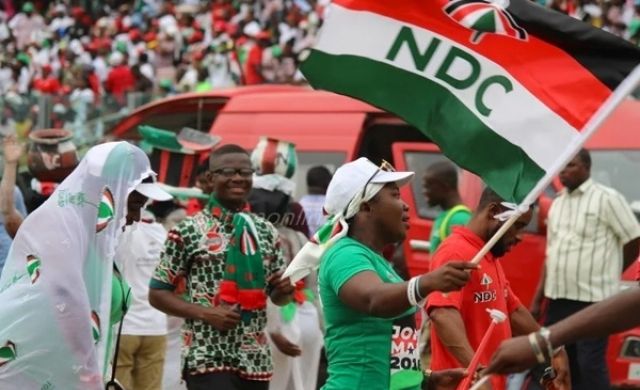 Who partners John Mahama for the 2020 election has been lingering in the minds of many Ghanaians since he was re-elected as a flagbearer of the opposition National Democratic Congress (NDC).

The NDC has been domineering governance in Ghana since the Fourth Republic as it has had more times to lead the political administration of the country. It has had ruled for four terms ahead of the NPP three terms.

These four terms have a unique cliché on blending the calibers of the flagbearer and the running mate with the future of the party also in mind.

The flagbearer is mostly the most political popular and astute edging political retirement whiles the running mate selection has been based on the best individual seen as: young and promising (having in mind who leads the party in the next election); or an energy (vibrant and charismatic) bolster; or a reputable economic and financial acumen; or politically experienced character. These, coupled with regional rotation have been the election winning magic charm for the NDC whenever it is done right.

Then looking at election 2000, 2004 and 2016; it could be said that, the character of the running mates contributed to unfortunate news to the party.

What is the lesson then for the ‘MOST CRUCIAL election 2020’ and beyond?

Looking at the names popping up day-in-day-out as prospective running mates for the NDC. It is indeed a ‘hell time’ for the leadership of the NDC.

These names need to be regrouped under the ‘MAGIC CHARM’ cliché that has win the NDC elections easily considering age factor, professional background, and political/technocratic experience having the regional balance/rotation in mind.

Grouping the above-listed individuals under their various academic and professional backgrounds.

Now, considering what John Mahama lacks in his academic and professional background and the trend of political administration in the country, economics and finance grouping is where the NDC must consider choosing a running mate.

Age factor:
Then, the issue of age factor and regional consideration comes in.

So following the trend again; a person from among the youngsters and promising is ‘IDEAL and BEST DEAL for NDC’.

But, playing the fair rule, if we are to shortlist one each from each of the age groups; it is obvious Prof Botchwey and Alex Mould stand tall considering their political/technocratic achievements in their professional life and the vibrancy and charismatic personality of the individuals.

Now, the deal is between Prof Botchwey and Alex Mould.

Prof Botchwey is a former Finance Minister and Alex Mould also immediate past Chief Executive of Ghana National Petroleum Corporation, National Petroleum Authority and former Executive Director of Standard Chartered Bank. Both of them are members of the NDC Manifesto Drafting Committee.

Among the two, it’s becoming crystal clear per pundits reviews that the good old Professor stand tall among all possible names. And to even give it more credence, during the last digital conversation addressed by the former President, he mentioned Prof Botchwey as the one leading his team of economic experts and at the appropriate time they will engage the public on their economic plans.

Per information available on Prof Kwesi Botchwey, he had a successful career and as my former Editor of Ghanaian Times, Enimil Ashong attributes “this man has brains. He has a tongue that bites and soothes. He also has, in equal measure, the temperaments of an introvert and a (mild) extrovert”.

But the questions that have been lingering in many minds are as follows;
i. Should JM partner the good old Prof Kwesi Botchwey who’s nearing 80’s?

ii. Assuming things doesn’t go well for JM and the NDC party in the 2020 elections, will he contest again for the 2024 election?

iii. If yes, will he continue the journey with the old man who will be in his 80s? Same questions goes for Dr. Duffuor who’s in his 70’s.

Not forgetting that, beyond 2020, the survival of the NDC need a youthful, charismatic and promising running mate.

Then the questions continue;
iv. Wouldn’t it be prudent for the NDC to have a younger person, brand her/him and popularised like what Dr Bawumia went through?

v. Will he partner with the possible younger ones like Ato Forson, Dr Zenator Rawlings, Awuah Darko, Alex Mould etc? Among whom Alex Mould stands tall.

NDC is clearly at a crossroad: between election 2020 and survival, whoever partners John Mahama is the hope or pivot of the party.

But unfortunately from grapevine sources within the party, Alex Mould’s weakness is that, he did not kowtow to many demands of the party and acted too professional in his working life under the NDC administration.

As Evans Mensah of Joy FM rightly put during a discussion on possible candidates to partner JM, he said: “Alex Mould needs to be on the ticket in order to be useful to the NDC in attracting floating voters, technocrats and the middle class”. Many radio and political commentators have shared similar sentiments on live radio or TV discussions. These make it crystal clear that he has strong working morals and his integrity is unquestionable.

Alex Mould candidature settles the ethnicity card. He’s Ashanti, Ga, Fante and was born in Takoradi. His heritage makes him resonate with a cross-section of Ghanaians. With Winneba roots (Moulds are originally from Winneba – from the Ghartey family in Winneba). His Ga roots are from the Vanderpuije family from Ngl3shie, Jamestown (grandmother on father’s side). His Ashanti side is from his maternal grandmother from Ejuratia, Afigya Kwabre South.

In fact, every political experienced person can say on authority that, Alex Mould is the most feared candidate by many in NPP and among their commentators on social media and to mildly put it, social media went agog yesterday when purported (fake) list of candidates shortlisted by the party executives went viral and conspicuously missing was the name of Alex Mould. Social media militants mostly from the New Patriotic Party did not spare him the trolling.

Anyone who followed the discussions on social media could simply deduce Alex Mould is the most feared by the NPP among the tall list of candidates.

He is simply the all-round candidate NDC and John Mahama must consider for 2020 and beyond.

He is a thinker and doer. Highly educated with and a proven leader with unrivalled international and local experience (both private and public sector) and achievements across finance and energy sectors.

He’s an energetic, performance-driven leader, big on accountability and on getting things done. Down to earth, approachable and warm, yet fearless and formidable when it comes to doing; and pushing people to do what’s right.

A patriot who wants Ghana to live up to her potential, and deliver for the benefit of all Ghanaians.