NDC calls for dismissal of Ejura MCE over murder of Kaaka and 2 others. 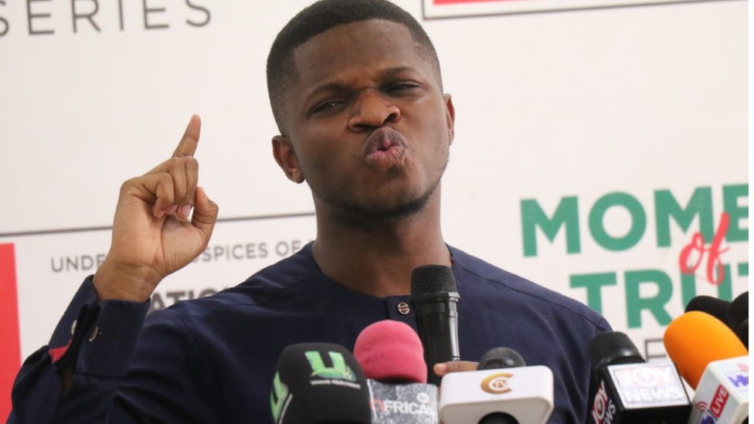 The National Democratic Congress (NDC) is demanding the immediate dismissal and prosecution of the Municipal Chief Executive (MCE) for Ejura, Mohammed Salisu Bamba over the murder of Ibrahim Kaaka Mohammed and 2 others.

The party’s Communication Officer, Sammy Gyamfi accused Mr Bamba of deploying the armed Military and Police personnel who attacked the peaceful protestors resulting in the death of two young men.

“The Municipal Chief Executive, who is the same person who deployed Military to attack young peaceful protestors. Military men who squatted, aimed and shot at unarmed, harmless, retreating protesters, that Municipal Chief Executive officer cannot continue to be in that office and it is important that, with immediate effect, he is dismissed from office, arrested and prosecuted.”

He made this demand during a visit to the town to commiserate with the families of the victims on Thursday, July 1.

Mr Gyamfi further requested, “aside that, the Police Commander for Ejura, the Army Commander who is responsible for the mindless deployment that caused the death of Abdul Nasir Yussif and Muntala Mohammed must be immediately interdicted and prosecuted and dealt with according to law.”

On Tuesday, the deployed soldiers were captured on a video firing live bullets into the protesting crowd, resulting in the death of two residents with four others severely injured. The four are being treated at the Komfo Anokye Teaching Hospital.

The first victim, Abdul Nasir Yussif, aged 25 was shot in the left shoulder and chest. He is said to have had internal bleeding in the chest and died before arriving at the hospital.

The second victim, Muntala Mohammed, aged 26 was shot in the back through to the chest. He arrived at the Ejura Hospital with a severe chest injury and internal bleeding. He was resuscitated and transfused (with blood) but still passed away 10 minutes after arrival.

Condemning the gruesome killing of individuals, Mr Gyamfi stated that the State’s security has been abused and used as a veritable weapon by the incumbent government to oppress the Ghanaian populace.

For him, the prosecution of the aforementioned individuals will serve as justice and appease the souls of the departed, their families and serve as a lesson for citizens who think they can act criminally and get away with it.

DISCLAIMER: The Views, Comments, Opinions, Contributions and Statements made by Readers and Contributors on this platform do not necessarily represent the views or policy of Multimedia Group Limited.
Tags:
Ejura Sekyedumase
Ejura-Sekyedumase
MCE
Mohammed Salisu Bamba
NDC
Sammy Gyamfi