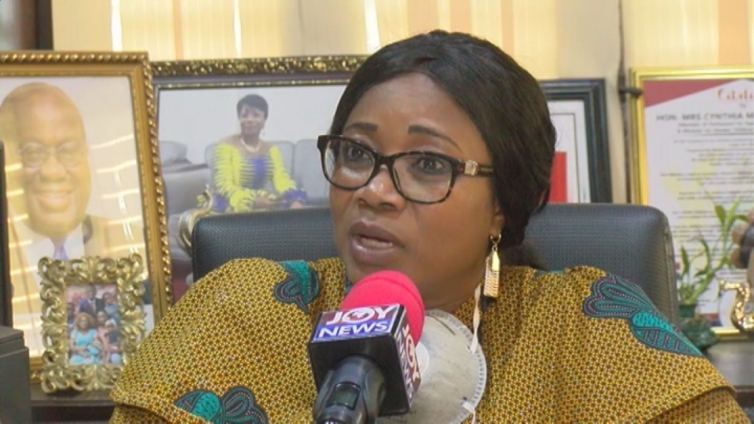 The National Democratic Congress (NDC) in the Agona West Constituency has charged the Electoral Commission to, as a matter of urgency, retrieve the Voter ID card issued the Member of Parliament for the area Cynthia Mamle Morrison.

According to the NDC, it would be unfair to allow her to use her card when the cards of others are retained on similar grounds.

In a release, the NDC narrated that on Monday, July 27, 2020, the MP for Agona West Constituency who doubles as the Minister for Gender and Social Protection appeared at the Ntiamoah Hotel Polling station in the Wawase/Amponsah/Nyamendam Electoral Area to register for her new Voters’ ID card.

After going through the process, the MP was challenged by the NDC agent at the registration centre but the MP succeeded in going away with her card.

Agona West Constituency communication Officer, Abdul-Wahab Africa Zion, explains per the Electoral Commission’s regulations, a person challenged for falling short of any of the stated electoral requirements must NOT go with his/her Voter ID card until the challenged issue is resolved.

He intimated that though the party believes it is the sole right of the MP to register as a voter, she should have done so in accordance with the law especially, as a legislator.

“As a Memberof Parliament, she should have known better by registering in an electoral area she resided,” he stated.

The party says, all attempts by the EC officials to retrieve the card from her proved futile why the police looked.

The NDC is thus demanding the immediate retrieval of the Voter ID card of Madam Cynthia Morrison until after the hearing by the District Registration Review Committee (DRRC) slated for 8th August, 2020.