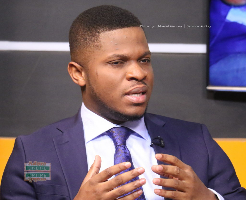 Lawyers of National Democratic Congress (NDC) have expressed displeasure in the style of arrest of the party’s Communications Officer, Sammy Gyamfi.

According to them, the arrest of their client, who was later granted bail, contravenes the orders of the court.

They argued that that the arrest amounts to contempt given that Mr Gyamfi had earlier filed a suit at the High Court, barring the Police from arresting or interrogating him.

Sammy Gyamfi was arrested while heading towards his car after participating in a television discussion on Accra-based UTV on Monday by officials believed to be from the Bureau of National Investigations (BNI).

The arrest is believed to be connected to ongoing cybercrime offences levelled against him by the Jubilee House.

In December last year, the Criminal Investigations Department (CID) of the Police Headquarters commenced investigation into a case of forgery and publication of false information targeted at tarnishing the image of the Akufo-Addo government.

Lawyer Edudzi Tamakloe, one of the lawyers speaking to Joy News, said the style of arrest was uncalled for.

“If you look at the Gestapo manner in which Sammy Gyamfi was arrested at the entrance of Peace FM, it tells you the regrettable law that we have gotten to.

“So tomorrow the police will not go and tell the court that even what it is asking for, it has being overreached by way of the impunity demonstrated by the police,” he said.