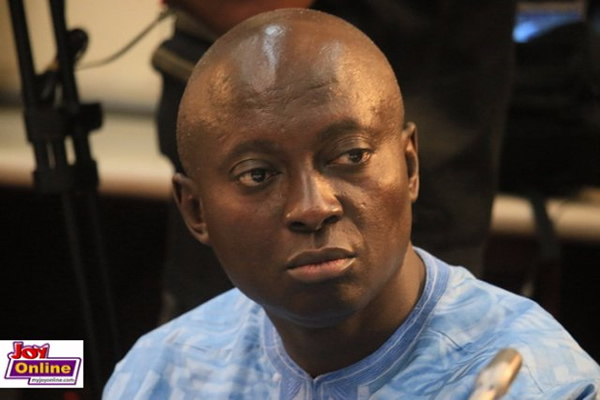 Former Works and Housing Minister, Samuel Atta Akyea, is urging the NDC to pass a Vote of No Confidence on former President John Mahama over his recent allegations concerning election 2020.

He said Mr Mahama alleged that the Electoral Commission in cahoots with the governing New Patriotic Party (NPP) secretly thumb-printed over one million ballot papers in favor of President Akufo-Addo in the 2020 election.

The Abuakwa South MP said any serious political party will not tolerate what he describes as jokes and mind games from a leader.

Former President John Dramani Mahama during his ‘Thank You’ tour in the Western Region alleged that the Electoral Commission of Ghana in cahoots with the NPP secretly thumb printed over one million ballot papers in favor of President Akufu-Addo and that, the elections were rigged for the NPP.

Responding to the former President’s allegations during the Eastern Regional NPP Annual Delegates Conference held at Kyebi over the weekend, Mr Atta Akyea advised Mr Mahama to acknowledge his status in society and desist from propaganda which aims at creating hate for others.

He urged the NDC to pass a vote of no confidence in John Mahama for deceiving the entire NDC party and the people of Ghana.

Atta Akyea said President Mahama had the opportunity to prove his allegations of rigging in court but he couldn’t prove any evidence of rigging or theft in court.

It rather comes to him as a surprise that former president John Mahama moves around the country, propagating falsehood about the EC and the New Patriotic Party despite his inability to show evidence in court for same.

“This is the first time somebody is saying he’s been robbed of victory but didn’t produce one pink sheet. The English Language is not the evidence, so they booted him out,” he said.

Mr Atta Akyea mentioned that, if the NDC is a very serious political party, they won’t waste their time on Mr. John Mahama going into the 2024 general elections but look for a more credible candidate for the Presidential race.

However, Atta Akyea prayed that Mr. Mahama holds the NDC flag in the next elections to enable the NPP to give him a dose of his own pill.

The Abuakwa South legislator advised members of the New Patriotic Party who have been complaining to high heavens, to stop since the over complaints will only give ammunition to their opponent.

According to Atta Akyea, President Akufu-Addo was doing very well till Covid-19 nearly submerged us but government is working hard in the interest of the General good.

“NDC will not come and solve your problem, as a matter of fact, if you wish NDC came into power, then you will have zero benefits with the greatest of respect. So wisdom should dawn that if your government is going through challenges, it is not in your place to begin to complain to the high heavens and give ammunition to the opponent. Why should NPP people use their complaints to campaign for NDC?” Atta Akyea expressed worry.

He asked his party members to tone down their complaints and bond together and come to terms with the fact that, government has faced tremendous challenges and is trying to change our circumstances hence requires the backing of all.