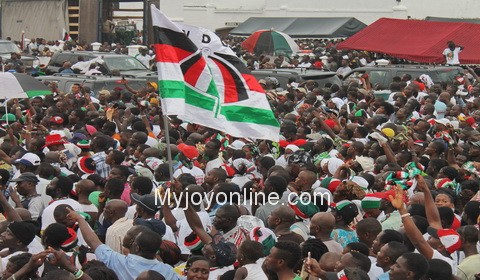 UK and Ireland Chapter of the opposition National Democratic Congress (NDC) says it supports the mother party’s decision on the compilation of a new voters register.

According to them, the decision by the EC to compile a new register, which they have described as “unreasonable and irrational” will not be in favor of the Ghanaians.

General Secretary of the chapter, Mike Dzidula Kudiabor, speaking on behalf of the members at a meeting in Tottenham said, it will be in the best interest of all Ghanaians for the EC to adhere to calls against the register and follow suit.

Meanwhile, The Electoral Commission (EC) has said the plan to procure equipment to compile a new voters’ register is a done deal.

According to Director of Electoral Services of the EC, Dr Serebour Quaicoe, “for now that is our stance.”

However, the members of the UK-Ireland Chapter of the NDC says they do not buy into the idea.

The Chairman, Alhaji Mbalba, in his speech, also touched on the NDC-UK & Ireland Chapter’s readiness for the Representation of the People’s Act(ROPAL), should the Electoral Commission decide to implement it.

According to him, the Chapter will be guided by the NDC’s position on its universal implementation.

The members were urged to show support and enthusiasm towards the chapter to ensure its progress and the wellbeing of Ghanaians across the United Kingdom and Ireland.