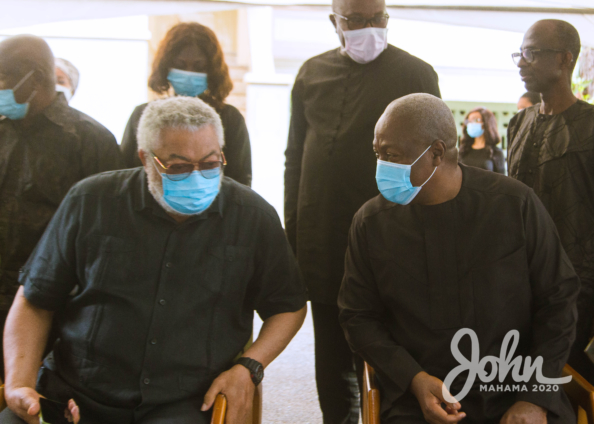 The National Democratic Congress (NDC) has pledged its commitment to ensuring that the founder of the party, Jerry John Rawlings is given a befitting burial.

This was announced by former President and current presidential candidate of the party, John Dramani Mahama, after a closed-door meeting with the party’s political committee.

The party has since suspended its political activities following Mr Rawlings’ demise.

Mr Mahama and other staunch members of the party have also expressed grief over the death of Mr Rawlings.

Although a burial date is yet to be set, President Akufo-Addo has announced that late Jerry John Rawlings, will be given a befitting state burial.

Mr Rawlings died on Thursday at about 10:10 am aged 73 at the Korle-Bu Teaching Hospital where he was receiving treatment after a short illness.

He was last seen in public on October 19, during the final funeral rites leading to the burial of his mother, Victoria Agbotui.