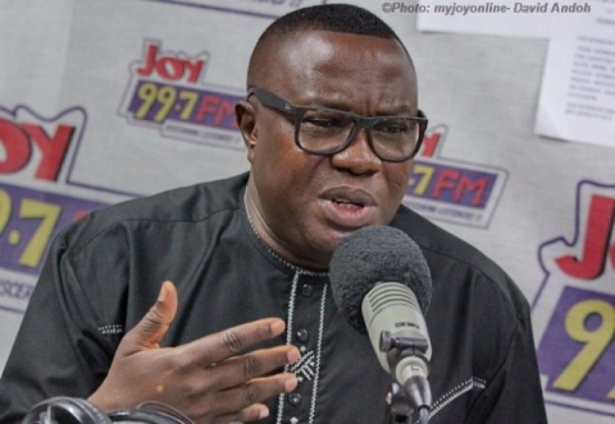 National Chairman of the National Democratic Congress (NDC) has responded to a comment made by a member of the party’s Council of Elders, Dr Benjamin Kunbuor cautioning party executives to focus on healing the horse and not selecting a ‘rider’.

Speaking on Ekosiisen on Asempa FM, Samuel Ofosu-Ampofo stated emphatically that despite the outcomes of the December 7 elections, the party was led by a strong flagbearer in John Mahama.

“Let me debunk the assertion, we had a stronger horse and a stronger rider. The party was strong, the candidate was strong,” he told the host Osei Bonsu.

According to him, the NDC remains strong and resolute in its quest to make headway in the next general elections.

Mr Ofosu-Ampfo’s comment comes at a time when party bigwigs and executives seem divided during talks on the reorganisation for victory in the next presidential and parliamentary polls.

The rift within the opposition NDC have seen the two factions lock horns regarding the potential leader for the 2024 polls.

Dr Kunbuor in an interview with Evans Mensah expressed concern with conversations around the selection of a flagbearer for the next general elections.

According to him, it will be a serious political blunder for the NDC to narrow its problems to getting a flagbearer to lead the party into the next elections.

“Look for succession machinery and institution. One that will endure and be sustainable over the times. As comrade Dan Abodakpi has said, you can put any rider on that horse and the horse will win.”

When you start by closing any forms of conversation and let it look like the real problem for NDC today is a conversation about succession and flagbearship, you are committing a serious political blunder because by the time you get that successor or that individual in place; he is going to be riding a weak and tired and sick horse,” Dr Kumbour stated.

However, the National Chairman of NDC was insistent that the rank and file of the NDC remains to have a united front and stronger leadership that oversees the affairs of the party.

He further indicated that the leadership of the party is poised in making good decisions that will see the party victorious in its next elections.

DISCLAIMER: The Views, Comments, Opinions, Contributions and Statements made by Readers and Contributors on this platform do not necessarily represent the views or policy of Multimedia Group Limited.
Tags:
Dr Benjamin Kunbuor
NDC
Samuel Ofosu-Ampofo