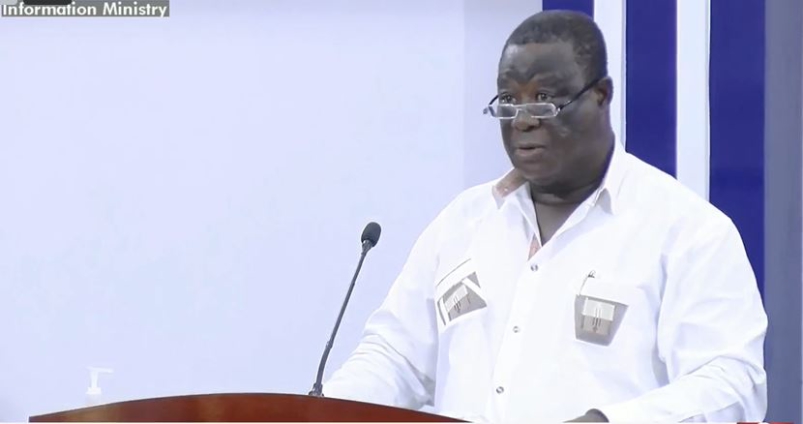 Kwesi Amoako-Attah-Minister of Roads and Highways

Minister of Roads and Highways has revealed that an amount of ¢7.827 billion is needed to rehabilitate the road infrastructure deficit in the country.

Kwesi Amoako-Atta, during a press briefing on Sunday May 23, noted that about 81 critical roads have been identified in all 16 regions which need government’s intervention.

“It touches every region. The President declared a special section during a cabinet retreat and invited all Regional Ministers and it was chaired by the Vice President and we picked the critical roads from all the 16 regions of our country. You see how balanced our government is and how we want to touch every Region and carry the entire country along with us without discrimination,” he mentioned.

The Akufo-Addo government pledged to prioritise road construction in 2021 to ensure that a significant number of kilometres across the country are tarred.

“Our roads are being constructed at a much faster pace than before. And yes, I acknowledge that there are still many more kilometers to construct.

“We defined last year as the year of roads, this year [2021] will be the second year of roads. As we continue in our focus of dealing with the deficit in road infrastructure,” Akufo-Addo stated.

Meanwhile, the Minister of Roads and Highways indicated that his outfit is set to complete 20 out of 24 interchanges by 2024.