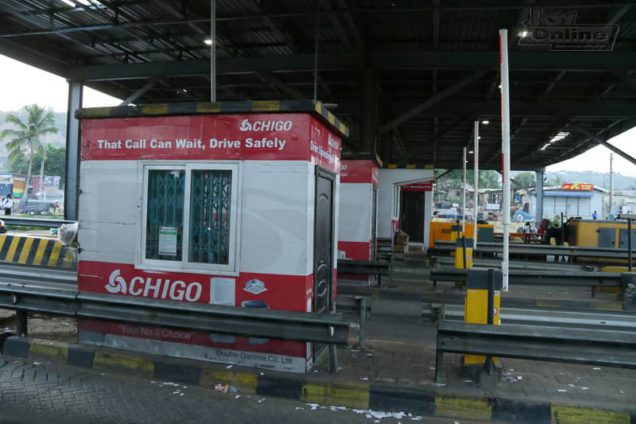 Minister of Roads and Highways, Kwasi Amoako-Attah, has assured former toll collectors whose salaries are outstanding that all arrears will be paid in a week.

The about 190 collectors, mostly persons living with disabilities, were engaged by a private contractor, Tolls & Routes Management Limited (TRML), before the closure of the toll booths.

The aggrieved toll collectors, who, on Monday thronged the premises of the Ministry to demand their salaries, claimed they have been home since November 17, 2021, without salaries for three months.

Mr. Nasir Ahmed Yartey, Head, Public Affairs at the Ministry of Roads and Highways, after a meeting with the toll collectors, told the media that the Minister had assured them they would be paid within a week after meetings with their employer, Tolls & Routes Management Limited (TRML).

“The Minister gave them the highest assurance of Government that they will engage their employers to make sure that they receive within a week, whatever is due them as far as salaries are concerned.”

He said the Ministry would ensure that all physically challenged toll collectors would continue to receive salaries until they were reassigned.

Meanwhile, all toll collectors engaged by the Ministry had been paid all salaries and allowances.

There were 744 toll booth workers across the country with TRML employing 530 out of which 190 are physically challenged.

The Roads and Highways Ministry engaged 214 with 92 being physically challenged. The Ministry is reviewing a proposal on how to re-engage the dismissed toll collectors, the Ghana News Agency was told.

Kojo Ampadu, a toll collector, said they had been struggling for “bread and butter” for the past three months and had no option but to come to the Ministry to demand their salaries.