NEDCo to deliberate on whether to end partial strike - MyJoyOnline.com

NEDCo to deliberate on whether to end partial strike 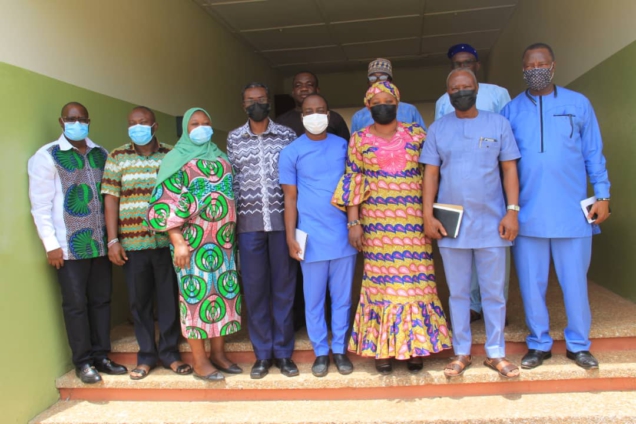 The Union Executives of the Northern Electricity Distribution Company (NEDCo) have asked for time to engage with their members before they take a decision on whether to call off the strike declared two days ago.

A meeting which was organized by the Public Utilities Regulatory Commission (PURC) to help address the strike action declared by NEDCo was inconclusive.

Staff of NEDCo declared a partial strike action in protest of constant attacks on staff with the recent one occurring on March 8, 2022, at Koblimago in the Tamale Metropolis.

The PURC, led by its Executive Secretary, Dr Ishmael Ackah, held several close door meetings with the utility company to resolve the matter.

Dr Ackah is in the Northern Region as part of a familiarization tour of the Upper West, Upper East and Northern regions.

Speaking to the media, Dr Ackah said the union had promised to deliberate with their members before a conclusion can be reached.

He said from the deliberations, it came to light that this is not the first time a staff of NEDCo has been attacked and several promises to protect them have not yielded any results.

Dr Ackah added that the meeting also identified some communities which have gained notoriety when it comes to these attacks.

“When they need services they will come to you, at times to they do illegal connection but when you go out there to collect bills or discount then they start with slaps. Often times if you don’t take care it’s cutlass,” he said.

The Executive Secretary commended the Northern Regional Minister, Alhaji Shani Alhassan Sayibu. for directing that the perpetrators be arrested and prosecuted before they provide the area with power.

“We are happy that at least, the Regional Minister has ordered that the locality where the thing happened at least they shouldn’t give them light until they produce the people,” he said.

He said the initial decision was to withdraw service to the city but after the deliberation they have restored power to most essential places.

“We are happy that certain essential services have been restored now, some areas on fiidder three have been reconnected,” Dr Ackah said.

The Executive Secretary added that even though they don’t fault them for withdrawing their service in the locality where the attack took place, other people may be innocent, therefore, the need for them to reconsider their decision.

The Northern Area Senior Staff Association Chairman, Emmanuel Asare, said they could not take a decision without deliberating with their members on what was discussed.

He promised that by Monday they would have a meeting with the full house to take a decision.

The Director at the Office of the Managing Director, Noble Dormenn, said three things have been identified as reasons for the constant attacks on their staff.

He named replacement of meters which is ongoing across NEDCo operational areas, disconnection exercise and revenue mobilization.