New ‘Forestry House’ to be constructed in Western North Region 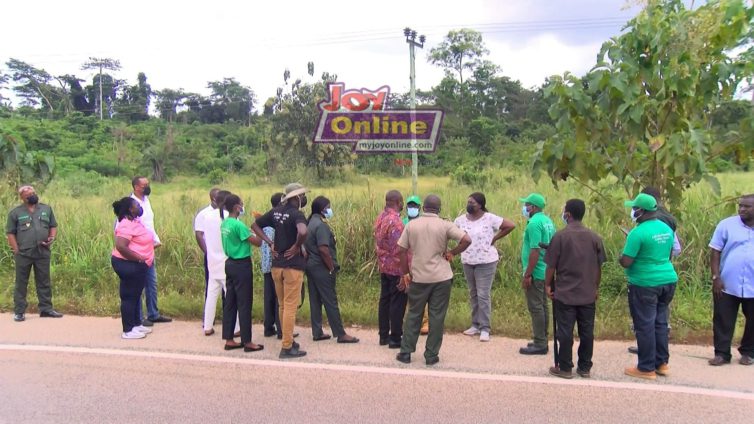 The Forestry Commission is set to build the biggest modern office complex at Sefwi Wiawso in the Western North region.

The office, to be known as the ‘Forestry House’, will serve the Forestry Services, Wildlife and the Timber Industry Development Divisions of the Forestry Commission.

Wiasomanhene, Katakyie Kwasi Bumangama II, who doubles as a board member of the Forestry Commission, has donated a large tract of land for the project.

Chief Executive of the Commission, John Allotey, announced this during a recent working visit to the Western North Region.

According to him, the region accounts for more than 10 percent of the country’s forest reserves.

According to Mr. Allotey, the appointment of Martha Kwayie-Manu, the former District Chief Executive for Juaboso District as the Deputy Chief Executive of the Forestry Commission underscores the recognition of the area’s contribution by the government.

He told Wiawsohene his administration has been challenged to put up a modern edifice to complement the newly created Western North Regional Coordinating Council.

Mr. Allotey commended the exemplary role played by the Wiawsohene in supporting the Commission with drones.

He said the Omanhene’s contribution to the Forestry Commission is unparalleled.

The Omanhene led the traditional council and the regional coordinating council to achieve its target of planting 5 million trees under the Green Ghana project.

The target will be increased to 20 million trees next year.

DISCLAIMER: The Views, Comments, Opinions, Contributions and Statements made by Readers and Contributors on this platform do not necessarily represent the views or policy of Multimedia Group Limited.
Tags:
Forestry Commission
Forestry House
Katakyie Kwasi Bumangama II