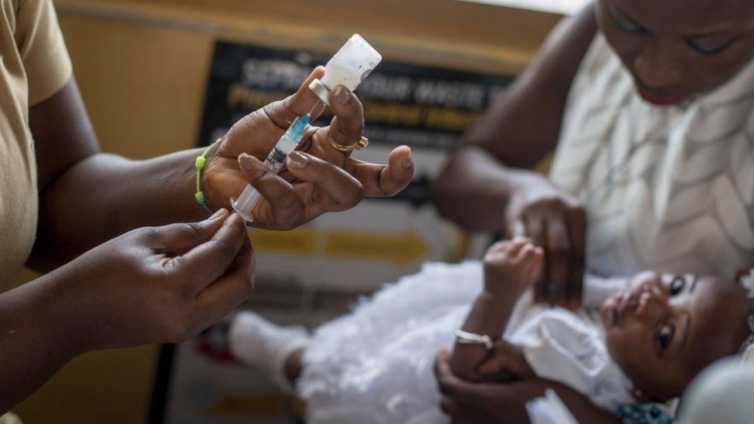 A malaria vaccine with “world-changing” potential has been developed by scientists at the University of Oxford.

The team expect it to be rolled out next year after trials showed up to 80% protection against the deadly disease.

Crucially, say the scientists, their vaccine is cheap and they already have a deal to manufacture more than 100 million doses a year.

The charity Malaria No More said recent progress meant children dying from malaria could end “in our lifetimes”.

It has taken more than a century to develop effective vaccines as the malaria parasite, which is spread by mosquitoes, is spectacularly complex and elusive. It is a constantly moving target, shifting forms inside the body, which make it hard to immunise against.

Last year, the World Health Organization gave the historic go-ahead for the first vaccine – developed by pharmaceutical giant GSK – to be used in Africa.

However, the Oxford team claim their approach is more effective and can be manufactured on a far greater scale.

Trial results from 409 children in Nanoro, Burkina Faso, have been published in the Lancet Infectious Diseases. It shows three initial doses followed by a booster a year later gives up to 80% protection.

“We think these data are the best data yet in the field with any malaria vaccine,” said Prof Adrian Hill, director of the Jenner Institute at the university.

The team will start the process of getting their vaccine approved in the next few weeks, but a final decision will hinge on the results of a larger trial of 4,800 children due before the end of the year.

The world’s largest vaccine manufacturer – the Serum Institute of India – is already lined up to make more than 100 million doses a year.

Prof Hill said the vaccine – called R21 – could be made for “a few dollars” and “we really could be looking at a very substantial reduction in that horrendous burden of malaria”.

He added: “We hope that this will be deployed and available and saving lives, certainly by the end of next year.”

Malaria has been one of the biggest scourges on humanity for millennia and mostly kills babies and infants. The disease still kills more than 400,000 people a year even after dramatic progress with bed nets, insecticides and drugs.

This malaria vaccine is the 14th that Prof Katie Ewer has worked on at Oxford as “this is not like Covid where we have seven vaccines straight away that will work… it’s much, much harder”.

She told the BBC it was “incredibly gratifying” to get this far and “the potential achievement that this vaccine could have if it’s rolled out could be really world-changing”.

The currently approved vaccine – made by GSK – shares similarities with the one developed in Oxford.

Both target the first stage of the parasite’s lifecycle by intercepting it before it gets to the liver and establishes a foothold in the body.

The vaccines are built using a combination of proteins from the malaria parasite and the hepatitis B virus, but Oxford’s version has a higher proportion of malaria proteins. The team think this helps the immune system to focus on malaria rather than the hepatitis.

The success of the GSK vaccine has partly paved the way for Oxford to be optimistic of having their vaccine out next year – such as by assessing how feasible a vaccination programme in Africa would be.

It is hard to give a direct comparison of the two vaccines. GSK’s has gone through large real world trials whereas Oxford’s data may appear more effective due to being given just ahead of the peak malaria season in Burkina Faso.

Prof Azra Ghani, chair in infectious disease epidemiology at Imperial College London, said the trial results were “very welcome”, but warned it would take money to get vaccines in arms.

“Without this investment, we risk losing the gains that have been made over the last decades and witnessing a rising tide of malaria resurgence,” Prof Ghani said.

Gareth Jenkins, from the charity Malaria No More UK said: “Today’s R21 vaccine results from Oxford’s renowned Jenner Institute are another encouraging signal that, with the right support, the world could end child deaths from malaria in our lifetimes.”

DISCLAIMER: The Views, Comments, Opinions, Contributions and Statements made by Readers and Contributors on this platform do not necessarily represent the views or policy of Multimedia Group Limited.
Tags:
Malaria vaccine
Oxford University