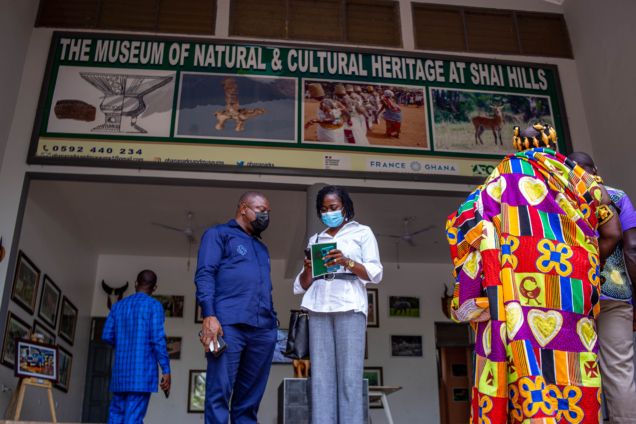 The Wildlife Division of the Forestry Commission has launched a QR code that leads tourists to the country’s tourism destinations.

The code is contained in an eco-tourism handbook that creates awareness of eco-tourism in Ghana.

The 92-page book, which will serve as a marketing tool for eco-tourism within and outside the country, also provides some basic information on nature-based tourism.

In line with the government’s digitisation agenda, each tourist site listed in the handbook has a Quick Response (QR) Code that takes a person directly to the tourist destination website when scanned on the phone.

At a short ceremony to outdoor the book at the Shai Hills Resource Reserve, Lands Minister, Samuel Abu Jinapor rallied investors to push money into the country’s tourism potential to develop the sector.

He said the tourism sector had become a major boost to the economies of Kenya, Tanzania, South Africa, Rwanda and Zambia, adding that in 2020, for instance, eco-tourism contributed about $4.2 billion to the Kenyan economy and thus same replicated in Ghana.

Mr Jinapor said in Ghana, where eco-tourism had not been fully developed, the sector contributed some US$1.2 billion, representing some 5.5 per cent of the country’s Gross Domestic Product (GDP) in 2020.

The minister said a Bill on Wildlife Resources Management had been laid before Parliament to provide a new legal framework for managing wildlife resources.

Speaking on the sidelines of the event, CEO of the Commission, John Allotey, urged the public to stop the wanton destruction of the forest, including illegal poaching of animals and unwarranted attacks on staff of the commission.

He hoped that the drive to boost tourism in the country would succeed only if the nation’s tourism destination were well maintained.

For his part, the Director for the Wildlife Division of the Forestry Commission, Dr Richard Gyimah, said domestic tourism could help boost the national especially following the impact of the covid-19 pandemic.