New Special Prosecutor: The choice could have been better – Suhuyini 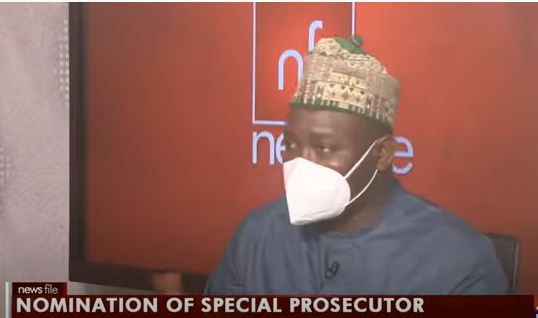 MP for Tamale North, Alhassan Suhuyini has expressed disappointment in the government’s choice of Kissi Agyebeng as the new Special Prosecutor.

In his view, the government could have done better with the nomination.

“I think I agree with the Minority Leader when he says this is a disappointing choice. This choice reflects the character of the NPP: the impudence, the immodesty, and the indiscretions are all over this choice,” he said.

He made the comment Saturday on JoyNews’ Newsfile where he accused the ruling party of appointing government officials who pursue the interest of the party instead of fighting for the nation.

According to the Legislator, the NPP’s nomination of Mr. Kissi Agyebeng reflects the party’s interest in appointing persons who dance to the tune of the party instead of upholding national interest.

“We have seen it in the promotion of the judges to the high courts, people who run for political offices not of other political but of the same political party get promoted without a toss. We have seen it even in the choice of the EC Chairpersons and the issues surrounding them.

“We have seen it in the removal of Domelevo. It is the character; the impudence, the immodesty, the choices, and the decisions that this NPP government makes,” he said.

He further alleged that the nomination of Mr. Martin Amidu was based on “a perceived vendetta that he [Amidu] had against the NDC.”

“The choice was not for his flowery qualities but it was because of a perceived vendetta that he had against the NDC and so when he got to the office and decided to do better, than just the vindictiveness, they were disappointed. He could not get the needed cooperation to perform,” he said.

The anti-graft campaigner resigned from the OSP portfolio in November 2020, over what he said was undue interference from President Akufo-Addo after a Corruption Risk Assessment he conducted into the Agyapa Royalties Agreement.

Months down the line, the Attorney-General, Godfred Dame has nominated legal practitioner, Kissi Agyebeng to take over the office.

The appointment has been greeted with mixed reactions with a section of the public raising concern over his age, qualification, among others.

Mr Suhuyini believes the bar for becoming a Special Prosecutor is not high, hence, government could have made a better choice with the nomination.

DISCLAIMER: The Views, Comments, Opinions, Contributions and Statements made by Readers and Contributors on this platform do not necessarily represent the views or policy of Multimedia Group Limited.
Tags:
Alhassan Suhuyini
Kissi Agyabeng
Newsfile
Special prosecutor