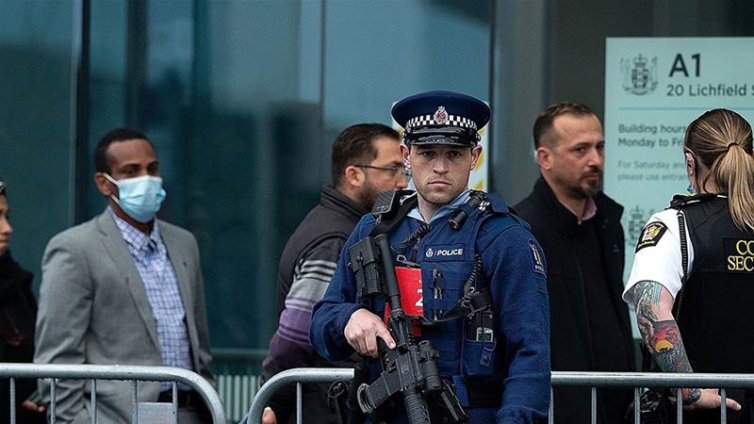 The Australian man who killed 51 people at two mosques in New Zealand in 2019 meticulously planned his shooting rampage to maximise casualties, a prosecutor said at the start of sentencing hearings on Monday.

Brenton Tarrant, a self-confessed white supremacist, has pleaded guilty to 51 murder charges, 40 charges of attempted murder and one charge of committing a terrorist act in relation to the massacre in the southern city of Christchurch, which he streamed live on Facebook.

The 29-year-old faces a life prison term, possibly without parole, when he is sentenced later this week.

Handcuffed and dressed in grey prison clothes, Tarrant sat impassive as he looked directly at survivors and family members of those who died speaking about how their lives had been affected by the killings.

Crown prosecutor Barnaby Hawes said Tarrant told police after his arrest that he wanted to create fear among the Muslim population.

“He intended to instil fear into those he described as invaders, including the Muslim population or more generally non-European immigrants,” Hawes said.

Tarrant also expressed regret for not taking more lives and had planned to burn the mosques down, Hawes said.

Maysoon Salama, mother of 33-year-old Atta Elayyan, who was shot dead as he prayed at the back of the mosque, said she constantly wondered what her son had been thinking in his last moments “armed only with his courage”.

Elayyan was a goalkeeper for the New Zealand men’s futsal team.

“I can’t forgive you…” she said. “You gave yourself the authority to take the souls of 51 poeple. Our only crime in your eyes is that we are Muslims.”

Gamal Fouda, imam of Al Noor mosque, told Tarrant that he was “misguided and misled”.

“I can say to the family of the terrorist that they have lost a son and we have lost many from our community, too,” Fouda said.

“I respect them because they are suffering as we are.”

While most of Tarrant’s victims were at Al Noor mosque, he attacked a second mosque before being detained en route to a third.

The attacks prompted a global outpouring of grief, as well as a ban on weapons and closer scrutiny of online platforms.

Security was tight outside the court, with police dogs pacing the streets and snipers on rooftops, television footage showed.

High Court judge Cameron Mander said that he had received more than 200 victim impact statements, along with submissions from various organisations.

“I have read them all,” said Mander, who added that he would not sentence Tarrant before Thursday morning after survivors and family members of victims had had an opportunity to address the court.

Many of the people who will give victim impact statements have travelled from overseas for the sentencing, undergoing two weeks of quarantine so they can participate.

Kia Kaha all my Kiwi friends and family. And to my Muslim brothers and sisters in Christchurch:
قَالَ لَا تَخَافَا ۖ إِنَّنِي مَعَكُمَا أَسْمَعُ وَأَرَىٰ

Thinking of the victims of the Christchurch shooter, their families, and the Muslim community across New Zealand. Today must be a harrowing day for them.

Due to coronavirus-related restrictions, hundreds more will have to observe physical distancing as they watch proceedings via live feeds to seven courtrooms in Christchurch. Others have been granted permission to monitor the hearings online, all part of a massive logistical exercise that includes the live translation of proceedings into eight languages to accommodate the diversity of the Muslim community.

Live reporting from the courtroom has been banned, and other restrictions have been put in place on what the media can report.

A murder conviction carries a mandatory sentence of life in prison. The judge can impose a life term without parole, a sentence that has never been used in New Zealand.

DISCLAIMER: The Views, Comments, Opinions, Contributions and Statements made by Readers and Contributors on this platform do not necessarily represent the views or policy of Multimedia Group Limited.
Tags:
Brenton Tarrant
Moslim shooting
New Zealand
White Supremacist