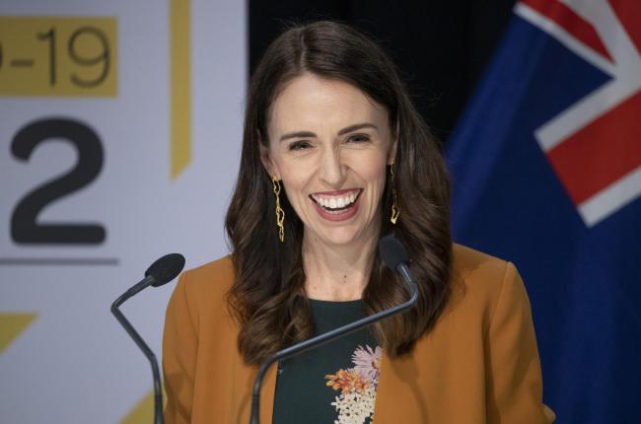 In mid-March, as the coronavirus pandemic began to take hold in Europe and the United States, New Zealand’s Prime Minister Jacinda Ardern presented her country with a choice.

They could let coronavirus creep into the community and brace for an onslaught, as other countries around the world had done.

Or they could “go hard” by closing the border — even if that initially hurt the island nation’s hugely tourism-dependant economy. 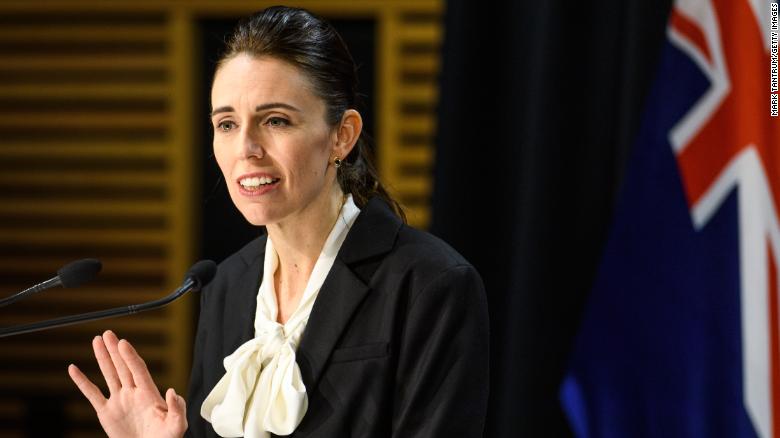 Ardern opted for the second path. When New Zealand had only reported 28 cases, Ardern closed borders to foreigners, and when there were 102 cases, she announced a nationwide lockdown.

In effect, Ardern offered New Zealanders a deal: put up with some of the toughest rules in the world, and in return, be kept safe first from the deadly coronavirus, and later, from potential economic devastation.

For a while, it seemed that deal had paid off.

New Zealand spent seven weeks under lockdown, five of them under strict rules that meant even takeaway food and traveling outside of their immediate neighborhood were off limits.

But by June, life was basically back to normal and in August, New Zealand marked 100 days without any community transmission.Then, last week, that changed.

The country reported its first cases of community transmission in three months, forcing the country’s most populous city, Auckland, back under lockdown.

The national election was postponed for one of the few times in the country’s history.

Somehow, authorities said, the virus appeared to have crept in through the border. As of Thursday, New Zealand has 101 active cases, bringing the country’s total reported coronavirus cases to 1,304, including 22 deaths.

That prompted outrage from New Zealand’s opposition parties, who questioned whether the government failed to uphold their end of the bargain.

“The Government has one job: keep the virus out of our community so we can avoid lockdowns.

It has failed and we are all paying the price,” said David Seymour, the leader of right-wing minority party ACT.

Around Asia-Pacific, other countries that entered into similar implicit deals with their citizens are facing similar situations.

Australia, for instance, also took swift, tough action at the start of the pandemic but issues at the border lead to an outbreak in the state of Victoria, prompting the country’s second-biggest city, Melbourne, to return to a lockdown and be placed under a curfew.

Now, as those in Europe go on holiday, people in parts of New Zealand and Australia two countries that were once held up as examples of how to handle the virus — remain under lockdown.

To some, that begs the question: did they take the right approach? And by promising safety, were governments like Ardern’s always setting themselves up to fail?

Right from the start, Ardern was clear she didn’t want to simply limit the impact of coronavirus, she wanted to eliminate it.

Elimination which the New Zealand health authorities defined as stopping the chains of transmission in the country was an ambitious goal, and one that few nations adopted.

But Ardern and her government said it was the right one to protect the health of both the public and the economy and by April, New Zealand announced that it had achieved its goal of eliminating the virus.

For months, New Zealand had no instances of community transmission, but even before the country announced its fresh cases, health authorities and experts were warning that another outbreak was inevitable. 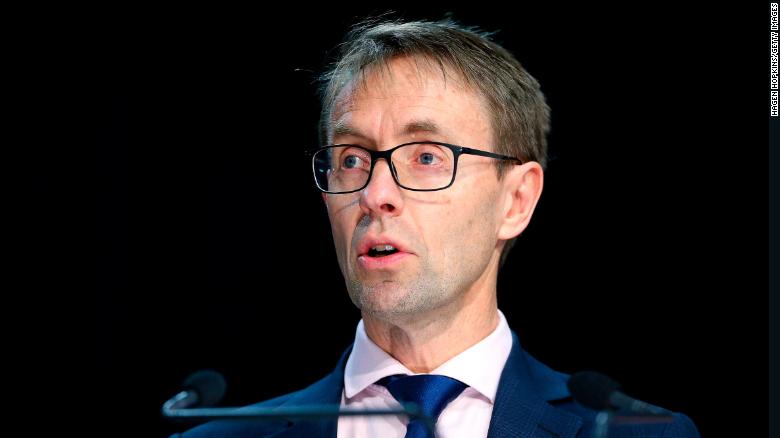 “I don’t think it’s scaremongering asking ask people to prepare for potential natural disasters like earthquakes and tsunamis and so on – it’s actually looking after people,” he said on a Facebook Live Q&A session. “This is about being prepared.”

It’s never a good time for a resurgence of coronavirus, but the timing of this latest outbreak is particularly bad for Ardern.

In April, when New Zealand was under its strict lockdown, a survey showed 88% of New Zealanders trusted the government’s pandemic response, state broadcaster TVNZ reported.

In the months since, Ardern’s party soared in popularity to well over 50%. But now, with the election only eight weeks away, Ardern’s opponents have seized on the problems at the border.

On Thursday, Judith Collins, the leader of the main right-wing opposition National Party, launched its own proposed border policy, saying that the government’s “disorderly and confused response” had put the health and livelihoods of 5 million New Zealanders at risk.

Others questioned whether New Zealand’s focus on elimination was the right approach after all.

“Our attempt to eliminate Covid is an obsession that will destroy us,” wrote columnist Damien Grant on the country’s biggest news website, Stuff.co.nz.

He echoed sentiments that have been rattling around New Zealand for a while — in their paper in July, Gluckman, Clark and Fyfe questioned whether New Zealand could afford to wait out another year or two “in almost total physical isolation.”

“We were told we went hard and early and we stayed longer in lockdown the first time, those additional hard weeks, because we wanted to avoid a yo-yo back into lockdown, and here we are again,” Paul Goldsmith, from the National Party, said Tuesday. 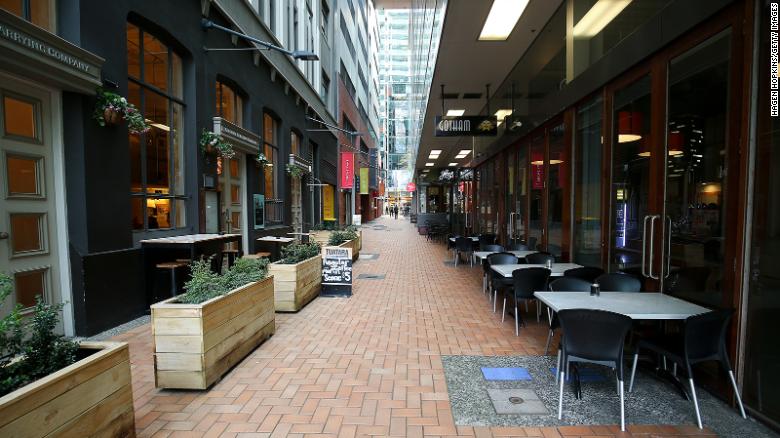 A general view of Chews Lanes ahead of a Covid-19 Alert Level announcement in Wellington, New Zealand.

As Goldsmith noted, there isn’t just a health risk in the virus returning — there’s an economic one from a return to lockdown.

Auckland makes up about 40% of New Zealand’s economy, and the country set aside another half a billion New Zealand dollars ($327 million) to help support workers during the city’s current lockdown.

New Zealand Prime Minister Jacinda Ardern delays election over Covid-19. Ardern and her party will try to play up the benefits that have come from their strict handling, even if hasn’t been perfect.

The Prime Minister has consistently said that the best economic strategy is to win the fight against Covid-19. After all, there are costs to letting the virus spiral out of control.

An out of control outbreak would have economic impacts anyway, and on top of that, there’s health resources, the cost of a slow recovery from coronavirus, and death.

Earlier this month, the government reported only 4% unemployment, although the underutilization rate grew from 10.4% to 12%, the largest quarterly rise since 2004.

“What we’re finding internationally is that countries that have control of Covid-19, like China, even if they’re experiencing occasional outbreaks, have stronger economies,” said Dominick Stephens, Westpac NZ’s chief economist, in a video statement last Friday.

“Those countries that have lost control of the virus like the United States are seeing economic forecasts constantly revised down and are weaker economically.”

While Ardern’s critics are getting louder, there’s still goodwill toward the Prime Minister and her government it wasn’t so long ago that New Zealand was the envy of the world.

And New Zealand authorities have acted swiftly a day after the new cases were announced last week, Auckland went into lockdown, and more than 100,000 tests were processed within five days.

But Ardern’s real test is yet to come. When the country heads to the polls in October, she’ll be hoping that, despite the hiccups, the country still thinks her tough coronavirus approach was worth it.

DISCLAIMER: The Views, Comments, Opinions, Contributions and Statements made by Readers and Contributors on this platform do not necessarily represent the views or policy of Multimedia Group Limited.
Tags:
Coronavirus
Jacinda Ardern
New Zealand