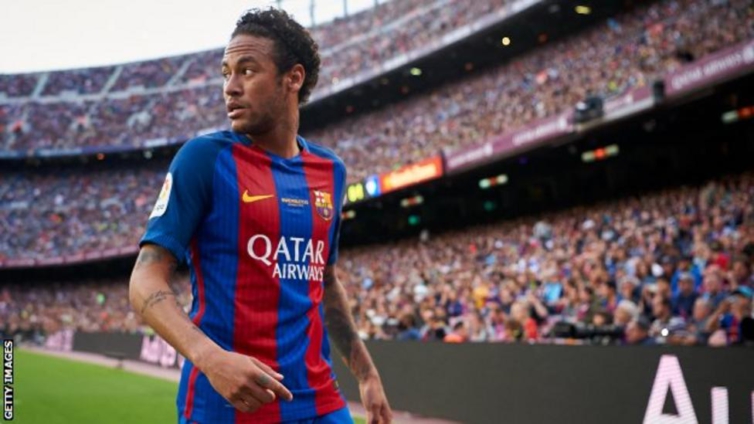 Corruption and fraud charges against Neymar have been dropped by prosecutors in Spain.

The charges were made against the Paris St-Germain and Brazil forward and others accused in a trial over his 2013 transfer from Santos to Barcelona.

Prosecutors had initially sought a two-year jail term and a 10m euro (£8.6m) fine for the 30-year-old.

But they announced the withdrawal of charges “against all the accused for all the allegations” they had faced.

Neymar, who denied the allegations, had said he did not remember if he took part in negotiations. An agreement was reached in 2011 for his move from Santos to Barcelona, which was completed two years later.

Investment firm DIS, which acquired a 40% share of Neymar’s rights when he was 17 in exchange for 2m euros, has argued it lost out because the transfer fee was undervalued. DIS lawyer Paulo Nasser claimed there were clubs that offered up to 60m euros.

Barcelona said at the time of Neymar’s move that the fee was 57.1m euros, of which 40m euros was paid to his family – DIS received a 40% share of the remaining 17.1m euros that was paid to Brazilian club Santos.

The Brazilian footballer lost an appeal in Spain’s High Court in 2017, leading to the trial being brought by Spanish prosecutors.

However, Baker McKenzie, the lawyers representing the Neymar family, claimed that Spanish courts “lack jurisdiction to prosecute the Neymar family and their company N&N” because the acts were committed by Brazilian nationals outside Spanish territory.

They also pointed out that the alleged crimes were not punishable in Brazil.

DISCLAIMER: The Views, Comments, Opinions, Contributions and Statements made by Readers and Contributors on this platform do not necessarily represent the views or policy of Multimedia Group Limited.
Tags:
Barca
Brazil
Neymar
Paris St-Germain (PSG)