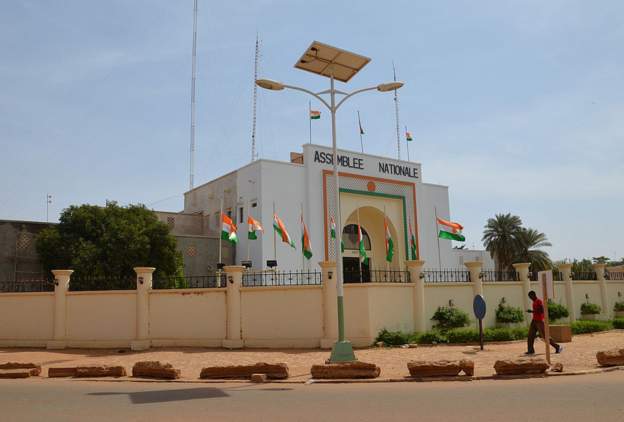 The vast majority of Niger’s population is Muslim

A group of lawmakers in Niger has backed a motion seeking to criminalise same-sex relationships in the country.

The vast majority of Niger’s population is Muslim, but it has a secular government and there is currently no specific law on same-sex relationships.

The MPs say same-sex relationships are against the religious and cultural beliefs of the people.

The proposal was presented to the Speaker of parliament by Nana Djibou Harouna, a lawmaker from the southern region of Maradi.

She told a press conference on Thursday in the capital, Niamey, that the move was meant to protect the “rights and interest of the public”.

Mrs Haruna described homosexuality as a “problem affecting our society”.

She said they had carried out wide consultations and that the proposal had received the support of Nigerien citizens as well as nearly all MPs.

It’s not yet clear when the matter will be formally debated in parliament. It is also unclear what sort of punishment they want stipulated in the legislation.

The move comes just weeks after a court in Maradi acquitted two young women of charges relating to lesbianism because there was no clear legislation criminalising same-sex relationship.

They were instead jailed for two years after being found guilty of posting their nude videos on social media in which they were seen allegedly in a lesbian act.

DISCLAIMER: The Views, Comments, Opinions, Contributions and Statements made by Readers and Contributors on this platform do not necessarily represent the views or policy of Multimedia Group Limited.
Tags:
Anti-LGBT bill
Niger