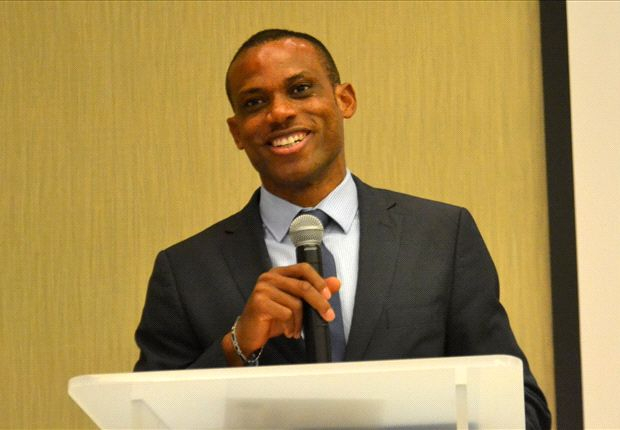 The Nigeria Football Federation have confirmed that Sunday Oliseh has been appointed as the Super Eagles’ boss.

The former Nigeria midfielder and captain, who played 63 times for the team, has been named the head-coach, following the sacking of Stephen Keshi.

Oliseh met with NFF officials on Tuesday, where an executive committee approved his appointment, however, details of his contract haven’t been made clear.

"It's a great honour to be coach of this great nation,” said Oliseh at the unveiling ceremony in Abuja.

"Gone are the days when we had individual players who can win games on their own. But we have potential," he said.

He also laid down the law to players of Nigerian origin on his requirements before they can feature for his team.

"No player outside of first division in Nigeria or elsewhere will play for the Super Eagles. We will work together with the technical committee because if we fail, they fail,” he concluded.

The ex-Nigeria international will now hope to inspire an immediate improvement in the Eagles’ fortunes, starting with a win against Tanzania in an Africa Cup of Nations qualifier in September.

The 40-year-old played for top European teams before retiring, including Ajax Amsterdam, Borussia Dortmund and Juventus.