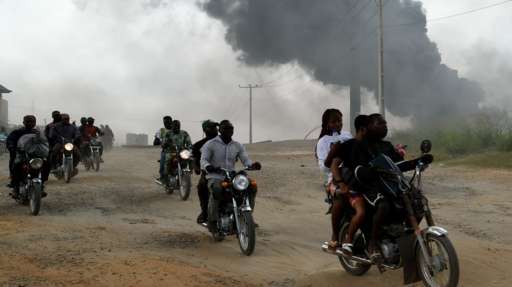 Motorcycle taxis are popular with commuters

Nigeria is considering banning the use of motorcycles across the country.

The government says the proposal is being mulled as part of efforts to crackdown on jihadists, who often use motorbikes when carrying out attacks.

Popularly known as “okadas”, insurgents and criminal gangs – mostly in the northern part of the country – use them to access targets, breeding fear and insecurity.

It is why the government believes the ban will stop the gangs from moving around so easily.

Abubakar Malami, the country’s Justice Minister, says they are also considering a ban on mining.

Out of the 36 states in the country, only two have so far banned the use of motorcycles.

A shoot-to-kill order is in place in Zamfara State in the north-west, while in Lagos, the state has banned the use of commercial motorcycles in some areas.