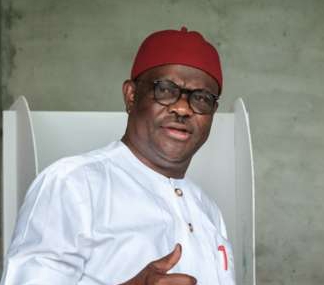 A new measure has been signed into law in southern Nigeria’s Rivers state that bolsters the right of women to inherit property.

Despite a Supreme Court ruling, many cultures and families in the country still do not allow women to receive an inheritance. Men tend to receive the wealth as a way to keep property within the family.

This is because it is generally believed that when a woman marries, she no longer belongs to her father’s family but her husband’s family.

However, the custom leaves many women impoverished.

The Rivers state law makes it clear that women have the right to inherit and they cannot be prevented from going to court to challenge the family.

On signing the bill, Governor Nyesom Wike encouraged women to claim what is theirs and said they should not be afraid of being threatened by their family.

He also asked why women were deprived from sharing the family inheritance when they are often the most useful members of society.

“I don’t know why it’s a taboo; because you’re a girl, because this is a woman, you’re not entitled to inherit what belongs to your father,” he said.

“It is not you who decides whether you will have a girl or you’ll have a boy, it is God.”

DISCLAIMER: The Views, Comments, Opinions, Contributions and Statements made by Readers and Contributors on this platform do not necessarily represent the views or policy of Multimedia Group Limited.
Tags:
inheritance
Nigeria
Women