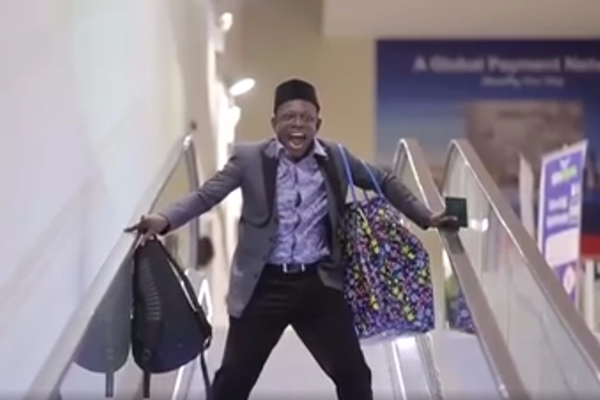 The actor appears in an advert dubbed ‘This is the new Ghana’ which catalogues the achievements of President John Mahama’s government.

Osuofia, who recently said he was invited into Ghana by President Mahama, through Nigerian businessman Dele Momodu, has for some time now been touting the achievements of the NDC government.

He was a surprise guest at the unveiling of the Trust Sports Emporium (Bukom Boxing Arena) in Accra on Tuesday, November 15.

The actor expressed excitement at the transformation being enjoyed by the country saying, “transforming gradually on a very positive note and that makes me salute the president. I think he is doing a lot of work in Ghana”.

In the about a minute campaign advert, the popular Nollywood actor is seen arriving in Ghana through the Kotoka International Airport totally amazed at the transformation of the place.

The video also highlights some projects undertaken by the NDC government.

It is however unclear of the advert is sanctioned by the President or the NDC.