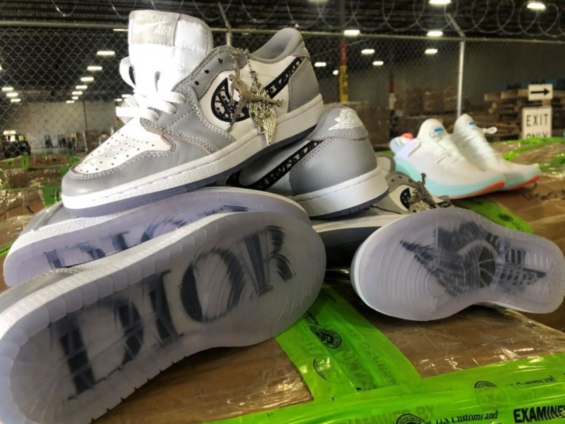 Nike is taking action against an unnamed group of counterfeit sneaker sellers and e-commerce stores, and it’s saying marketplaces like Amazon and eBay aren’t doing enough to crack down on the issue.

In a trademark infringement and counterfeiting suit filed Monday in the U.S. district court for the northern district of Illinois, Nike focuses on sellers who are offering unauthorized and unlicensed products using Nike’s federally registered trademarks.

The defendants in the suit are not named at Nike’s request to leave the file under seal. Nike says this is a necessary measure in order to avoid tipping off the defendants prior to the temporary restraining order, which could result in the “destruction of relevant documentary evidence and the hiding or transferring of assets to foreign jurisdictions.”

Nike notes that the defendants (and other e-commerce store operators like them) are in regular contact with one another through chat rooms on sites like qq.com, where they allegedly trade tips on “operating multiple accounts, evading detection, pending litigation, and potential new lawsuits.”

Although the specific infringing sellers were not named, Nike did call out a number of massive online marketplaces for not doing enough to prevent fakes on their platforms.

Amazon, eBay, AliExpress, Alibaba, Wish, and DHgate are mentioned as failing to properly vet new sellers through verification and identity confirmation and instead allowing sellers to use fake names and addresses. Nike believes these marketplaces are “unable or unwilling” to stop the proliferation of fakes on their websites.