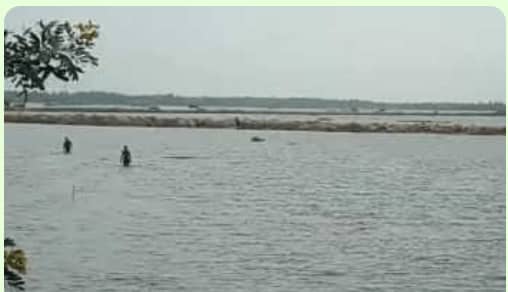 A temporary ban has been placed on fishing activities in the Torkor Denu Lagoon (Adafienu Concessions) by the Ketu South Municipal Security Council.

In a statement signed by the MCE, Maxwell Lugudor after an emergency MUSEC meeting, he said it has become necessary to take the action after a 77 old woman was found in the river dead around Laklevikope.

“The ban has been necessitated by the recent drowning of a seventy-seven (77) year old woman, who preliminary investigations revealed that she got drowned in the lagoon near Laklevikope” Mr Lugudor said.

According to family sources, the deceased who was believed to have had some medical condition called Amnesia, making her mostly to leave home for several days, was found in the lagoon dead. The corpse was found on 26th December 2022 outside the dykes created by the Seven Seas Company.

The MCE, Maxwell Lugudor therefore appealed to the public, especially those around the enclave of Laklevikope to keep off the area and stop fishing until further notice.

The statement advised the public to “stay away from conducting any fishing or human activity in the lagoon until such is sanctioned by the Municipal Security Council of the Ketu South Municipal Assembly.”

A joint security agencies task force would be on the manhunt for any group or individual who is seen violating the orders of the Security Council.

The Seven Seas Company has also been asked to immediately stop any form of activities in the Adafienu Concessions until further notice.

The MCE apologised for any inconvenience the ban might cause the residents.

DISCLAIMER: The Views, Comments, Opinions, Contributions and Statements made by Readers and Contributors on this platform do not necessarily represent the views or policy of Multimedia Group Limited.
Tags:
Ketu South
Torkor Denu Lagoon