Nobody should attempt threatening government with demonstrations – Amoako-Atta warns 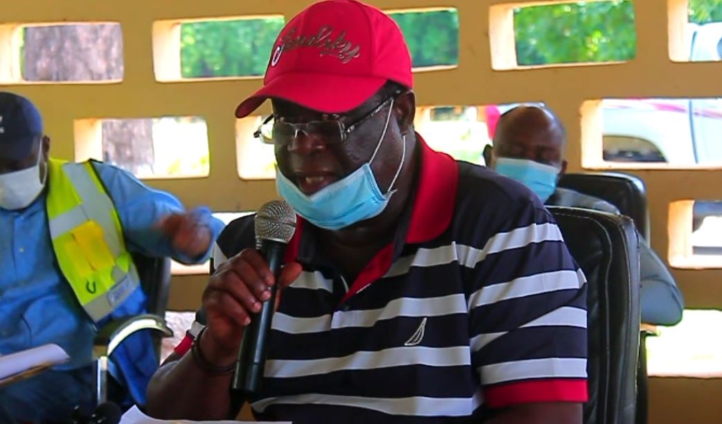 The Minister for Roads and Highways, Kwesi Amoako-Atta has sent a strict warning to communities threatening to go on a demonstration over broken bridges and damaged roads in the Oti Region.

According to the Minister, the Akufo-Addo government will not be intimidated by such threats since his sector is delivering on all infrastructural promises.

The Minister who was addressing a gathering during the inspection of some roads at Dambai urged the people to be patient with government.

He also lauded the contractors for the good work done and urged other contractors to emulate the quality of work which he described as a “masterpiece.”

“This is a 67-kilometre road, I am not surprised at the good work because it was undertaken by one of the best and excellent contractors in our country, First Sky Construction, and government will continue to support such contractors. This is an excellent road”.

He was optimistic that, the era of poor and shoddy roads by contractors approved by government was a thing of the past.

“If you talk about good quality work, especially in road infrastructure, you can only say this under the Akufo-Addo led administration because we are setting the standards.

“There is no way any contractor in this country will be allowed to do a shoddy work and be paid with the taxpayers’ money. The people of this country must be respected,” he stated.

He explained that, with a life span of ten years, his sector is hopeful that all roads constructed will give the people value for money.

“I can assure the people of this country and the people of the Oti Region that for the first ten years from now, this road will be as solid as you see it and my Ministry will keep an eagle eye on it, with an excellent maintenance culture” he added.