The number of cameras on the back of the typical flagship smartphone is growing.

New phones like the Huawei P30 Pro, Samsung’s Galaxy S10+, and the upcoming OnePlus 7 Pro have three cameras each, and the next iPhone is rumoured to adopt a triple-lens design as well.

Contemporary smartphone design seems to suggest that more cameras is better, and no modern tech company has stretched this idea as far as Light. In 2017, it released the L16, a $1,950 Android-based device with 16 cameras, as a supposed competitor to traditional digital cameras. That same technology has made its way to phones, as Light recently worked with Nokia to put five cameras on the back of the Nokia 9 PureView, which recently went on sale in the US for $700.

So how much better are 16 cameras working as one than five? Now that the Nokia 9 PureView and the L16 are both on the market, we took them out for a side-by-side comparison. We’ve also included shots from the iPhone XS, the reviewer’s personal smartphone, to give context to what Light’s multi-camera fusion can provide.

In the photos below, the order below stays consistent, from left to right the order is: iPhone, L16, Nokia 9. The images are not colour-corrected, were exported at the highest quality possible, and cropped consistently as possible to show details in the images. 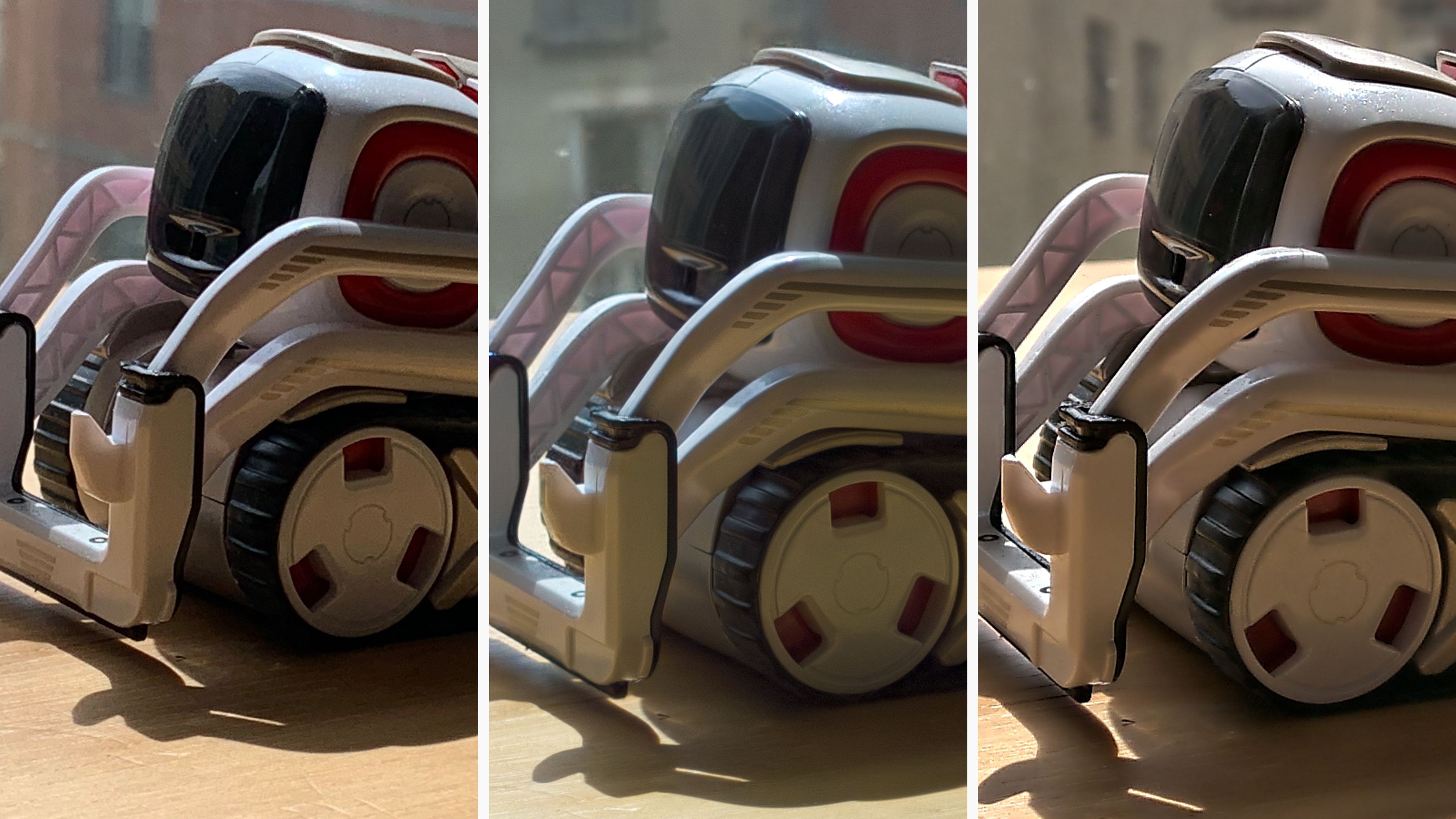 The Nokia 9 PureView actually shows the most detail in a majority of the photos we took with all three devices. On the image above, the slight pitting on the robot’s plastic is the most defined on the Nokia image, and the colour is most accurately represented. 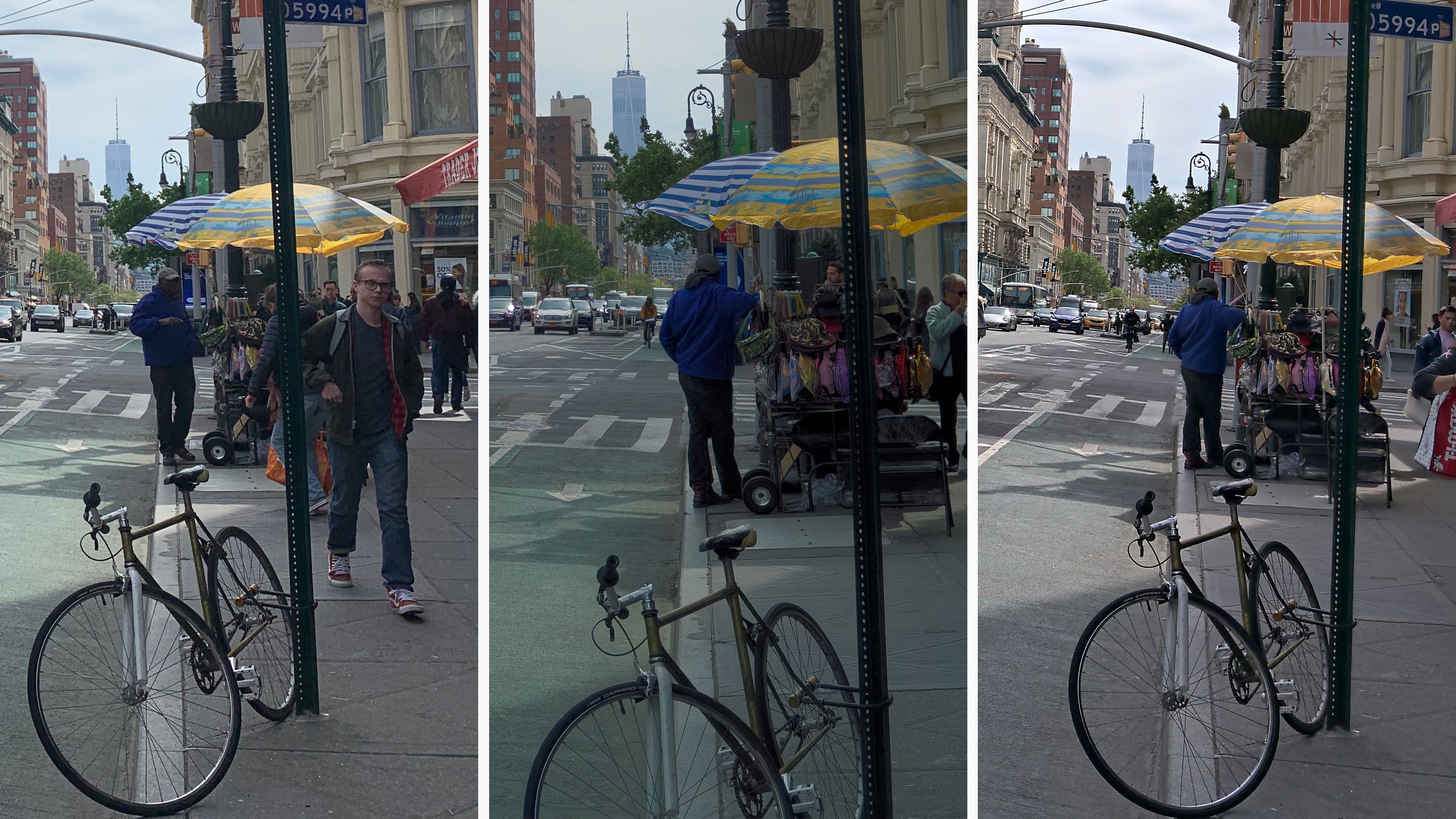 In natural light, the Nokia also reproduces the colors most accurately. The World Trade Center is also the sharpest compared to the other two cameras. 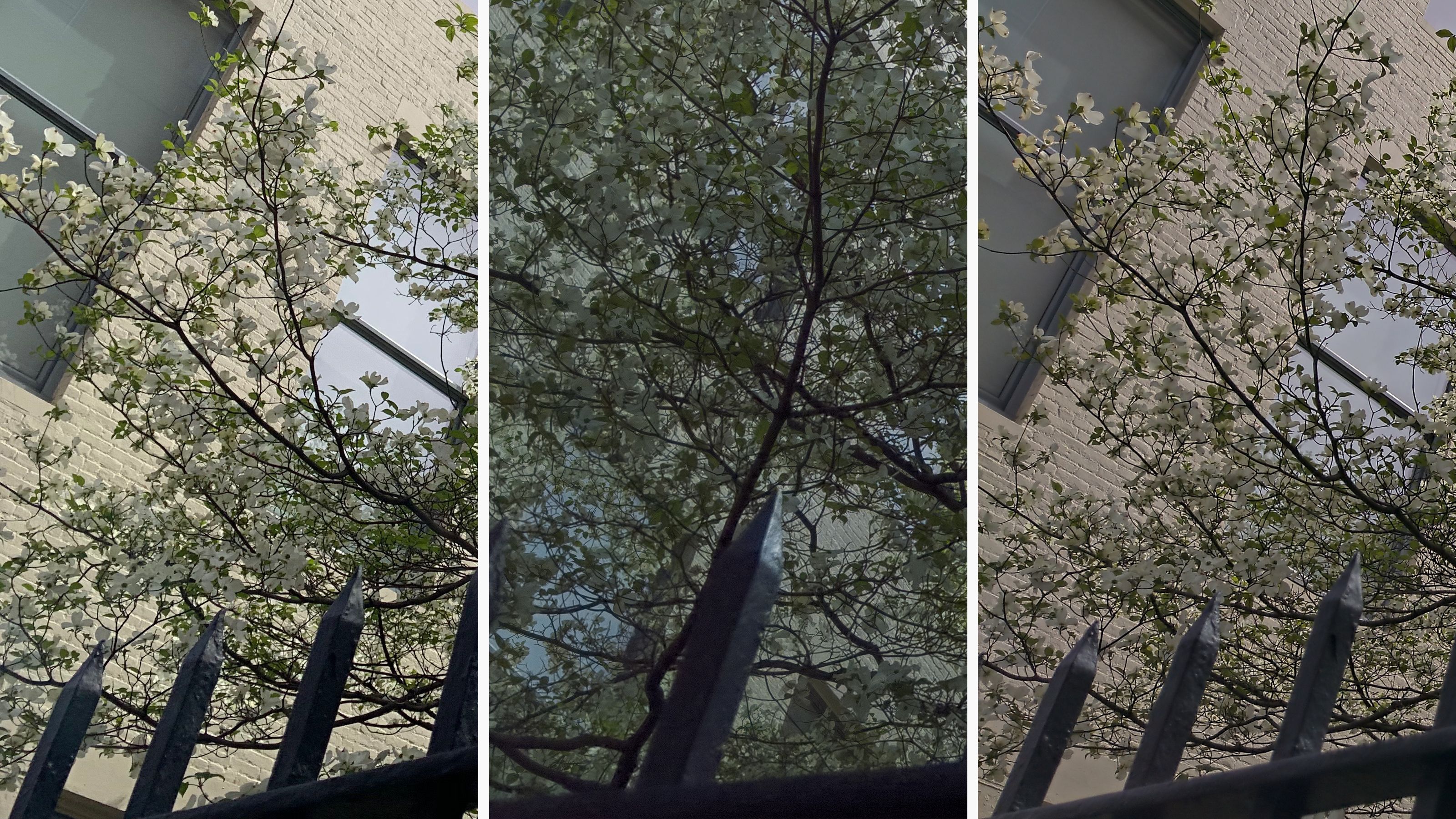 The iPhone actually produces the best image in terms of exposure and contrast when looking up at flowers on a sunny day. The L16 image is cobbled together from multiple cameras, evident in the photo by patches of blurred areas. 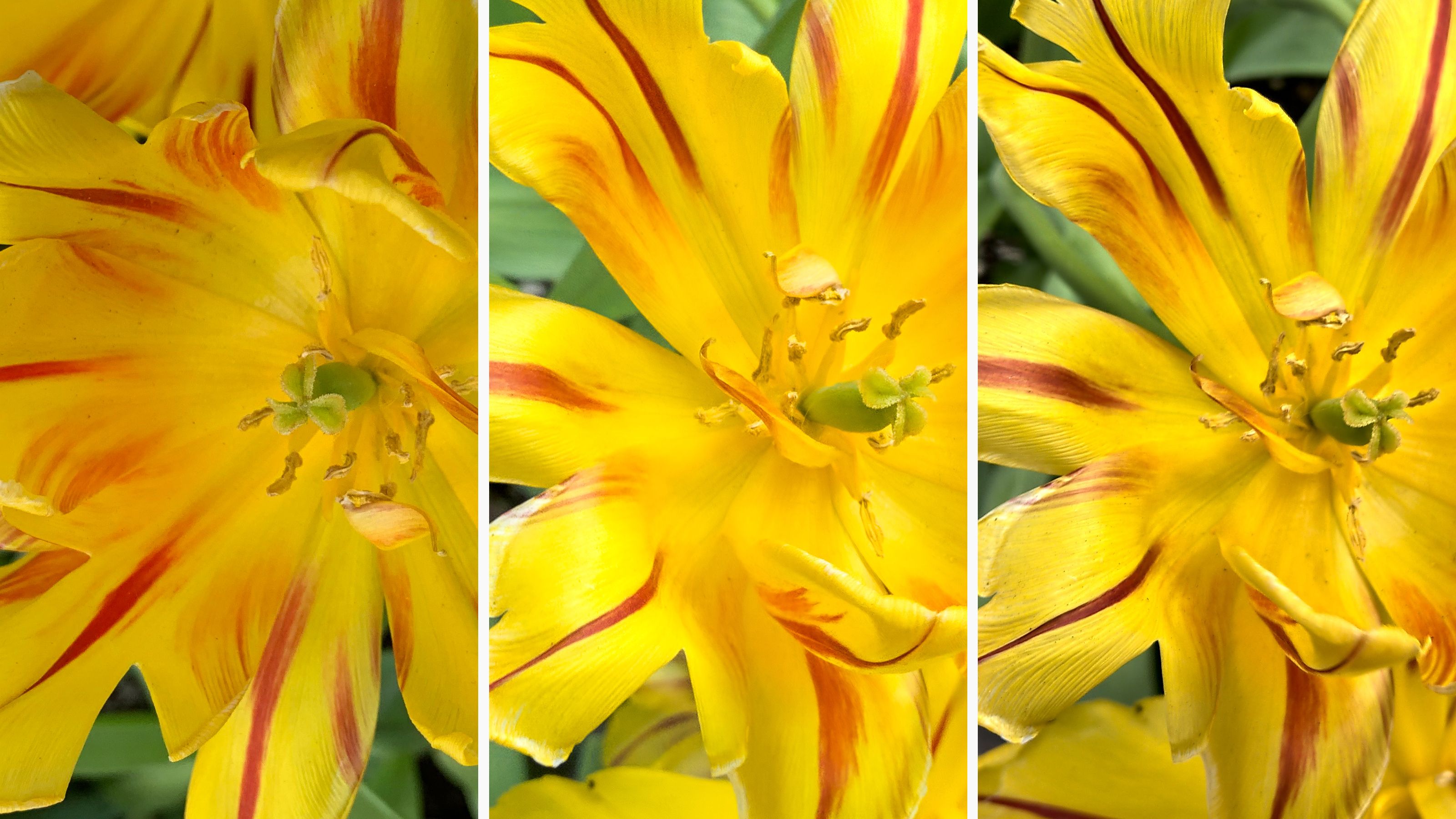 Finally, in a detailed close-up macro shot, the Nokia 9 PureView shows detail in the flower’s petals which is lost by the iPhone and L16. The colour reproduction is also richer, and the contrast is more appealing.

Light tells Quartz that there are two main differences between L16 and the Nokia 9 PureView: The phone uses a newer processing chip to stitch the photos together, and the Nokia phone has different cameras that capture more light. Three of the Nokia 9’s cameras only capture black and white, which allows a monochrome mode, and the cameras to capture detail in a different way.

The Nokia 9 makes a strong case for computational photography usurping the traditional single-lens camera model, and in just a few years Light shrank its technology from a large brick-like camera into something that fits on the back of a smartphone. The L16 is sold out on Light’s website and a representative for the company says that it’s still deciding what it’s going to produce next, so the moment the Nokia 9 is your best bet if you want to get your hands on the company’s technology.