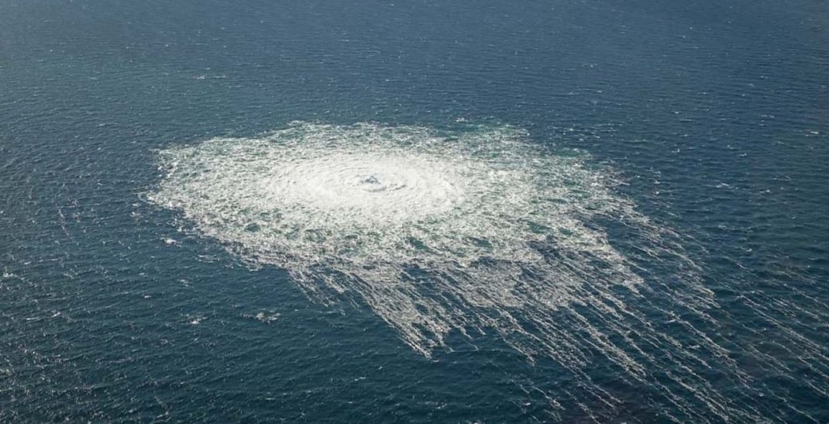 Sweden has found a new leak in a major undersea pipeline carrying Russian natural gas to the EU – making it the fourth discovered this week.

Denmark and Sweden reported gas leaks in the Nord Stream 1 and 2 pipelines earlier this week, raising the possibility of a deliberate attack.

The EU blamed sabotage – but did not directly point the finger at Russia.

Russia dismissed suggestions that it had attacked its own pipelines as “predictable and stupid”.

Instead, the Kremlin’s foreign minister said the blasts had occurred in “zones controlled by American intelligence”.

The German ambassador to the UK, Miguel Berger, told the BBC it was clear that a non-state actor could not have been behind the incidents.

The attacks on the pipelines were a classic example from the playbook of a state actor, said the head of Finnish security intelligence service, Antti Pelttari, although he refused to speculate which state it was.

He added that it was “highly likely” that Russia would “turn to the cyber environment over the winter” since Russian diplomats and spies had been expelled from the West after its invasion of Ukraine.

The EU has repeatedly accused Russia of using gas supplies as a weapon against the West, in retaliation for its support for Ukraine.

It is “very obvious” who is behind the damage, said the head of the International Energy Agency, Fatih Birol, without elaborating.

Kremlin spokesperson Dmitry Peskov said he was “extremely concerned” about the leaks, adding that the possibility of a deliberate attack could not be ruled out.

EU leaders have said any attack on the continent’s energy infrastructure would be met with the “strongest possible response”.

Meanwhile, Norway – which is not in the EU – said it would deploy its military to protect oil and gas installations.

Neither Nord Stream 1 or 2 is transporting gas at the moment, although they both contain gas.

The Nord Stream 1 pipeline – which consists of two parallel branches – has not transported any gas since late August when Russia closed it down, saying it needed maintenance.

It stretches 1,200km (745 miles) under the Baltic Sea from the Russian coast near St Petersburg to north-eastern Germany. Its twin pipeline, Nord Stream 2, was halted after Russia invaded Ukraine in February.

Seismologists reported underwater blasts before the leaks emerged. Denmark’s Defence Command has released footage of the leaks which shows bubbles – the largest is 1km in diameter – at the surface of the Baltic Sea.

And Bjorn Lund of Sweden’s National Seismology Centre said there was “no doubt that these were explosions”.

“They always point finger at Russia but I think since it’s the Russian property it would be not very logical for Russia to inflict damage upon it,” he told BBC Radio 4.

“There are other ways to make European lives harder. They can simply stop the gas deliveries without damaging the infrastructure.”

DISCLAIMER: The Views, Comments, Opinions, Contributions and Statements made by Readers and Contributors on this platform do not necessarily represent the views or policy of Multimedia Group Limited.
Tags:
Gas
Pipeline
Sweden