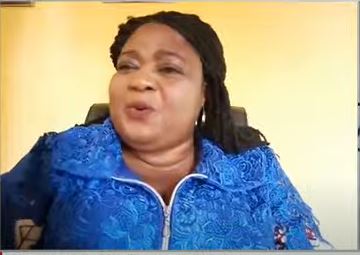 Director for Legal Assistance Network-Ghana, Irene Aborchie-Nyahe, has intimated that husbands who refuse to eat food prepared by their wives are engaging in domestic abuse.

Speaking Sunday May 30, on JoyNews, the Lawyer explained that though a woman who is treated in such a manner may not be going through physical abuse, she has been subjected to another form of domestic abuse, that is, emotional abuse.

“Anything that makes life unbearable or doesn’t make the home peaceful for the other person to survive as a human being is an abuse. There are situations where a person is not physically abused but can be put in a situation that she will be traumatised and be abused psychologically,” she said.

She was contributing to discussions on JoyNews’ The Law, on the topic, ‘Domestic and Economic abuse’.

During the discussion, she explained that there are various instances where people suffer domestic abuse, yet, for lack of knowledge, they sit aloof and refuse to take actions against persons who infringe their rights.

She stated for instance that, in her practice as an advocate against domestic violence, she has encountered instances where women have reported their husbands for verbally assaulting them, a situation which creates a sense of low self-esteem on the part of the woman.

Highlighting other forms of abuse, Mrs Aborchie-Nyahe said a man who constantly praises another woman in the presence of her spouse is abusing her, adding that husbands who deny their wives the right to work and earn a living are also abusing them.

DISCLAIMER: The Views, Comments, Opinions, Contributions and Statements made by Readers and Contributors on this platform do not necessarily represent the views or policy of Multimedia Group Limited.
Tags:
Domestic Violence
Husband
Irene Aborchie - Nyahe
Marriage
Wife