Not naming your child is a form of abuse – Lawyer 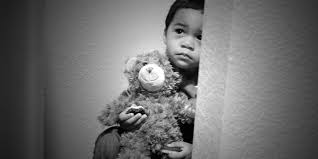 Human Rights Lawyer Irene Aborchie-Nyahe says it is an offence to neglect the naming rites of a child.

According to her, the laws of the state prohibits parents from acting in ways that cause mental or physical harm to a child, as well as ignoring the basic needs of a child.

These acts, she stated includes ignoring the naming rites of the child, refusing to provide healthy meals for him or her, and also failing to provide shelter for the child.

“The concept of abuse must be expanded in a way that, any act that dehumanises, devalues or prevents the child from assessing necessities of life or puts the child in a condition that prevents him or her from enjoying life,” she said.

She made the comment on JoyNews’ “The Law” show where she also said, parents unconsciously violate the rights of their children because of how they [the parents] have been socialised.

The legal practitioner said some parents have been socialised not to respect the rights of a child, thereby, unconsciously committing acts that violate the rights of the child.

However, she noted that, the laws of the state requires the rights of every child to be protected, therefore, parents must act in accordance with the laws.

Also on the show was project consultant at the Rights of Children and World Future Council who asked parents not to entertain punishment in the upbringing of their children.

This, she explained has a lasting negative effect on them.

“The law says to bring up the child in the right way, and slapping a child is not the right way,” she told host Samson Lardy Anyenini.

She added that, punishing children causes them to lose their self-esteem or worth, and identity or respect, therefore, parents must seek alternative ways of disciplining their children.

Providing a solution to the problem, she suggested that, an alternative way of disciplining children is to deny them of something they like and hold dear, such as preventing them from watching television.