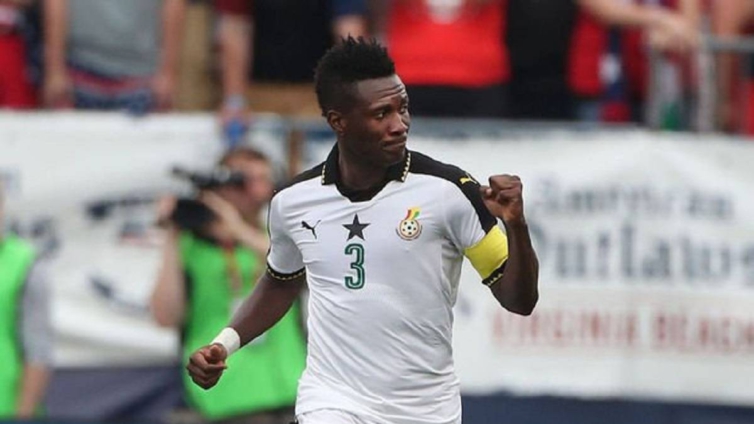 Former skipper of the Black Stars, Asamoah Gyan, says his decision not to take a penalty at the 2015 Africa Cup of Nations is one of his regrets during his time as the leader of the national team.

Ghana looked on course to win its fifth AFCON title after taking a two-goal lead during the penalty shootouts against Ivory Coast in the 2015 edition of the continental showpiece after a goalless stalemate after 120 minutes.

But the Black Stars were unable to utilise their chances as their West African counterparts ended up as champions, boasting of a 9-8 win following the end of the spot-kicks.

Gyan decided against taking part in the shootouts as part of retiring from penalty duties for the national team, having suffered from the crucial penalty miss against Uruguay at the 2010 FIFA World Cup in South Africa and missing in the 2012 AFCON semifinal against Zambia.

“As captain, I’ll say it was in 2015 [AFCON] when I asked to be substituted against Ivory Coast in the final,” he said on Peace FM.

“I feel like if I was not substituted, I could’ve helped in the penalty shootout. But due to some things that were going on, I felt I needed to give the chance to another player.

“This was because I had excused myself from taking penalties. But there were a lot of things going on which led to me asking to be substituted. So I say that was one of my biggest regrets as a captain.”

Gyan is currently without a club after leaving Legon Cities at the end of the 2020/21 season.

DISCLAIMER: The Views, Comments, Opinions, Contributions and Statements made by Readers and Contributors on this platform do not necessarily represent the views or policy of Multimedia Group Limited.
Tags:
AFCON 2015
Asamoah Gyan
Black Stars