Nothing out there sounds like him, he’s unique – Reggie Rockstone on why he advised Black Sherif to name his music style 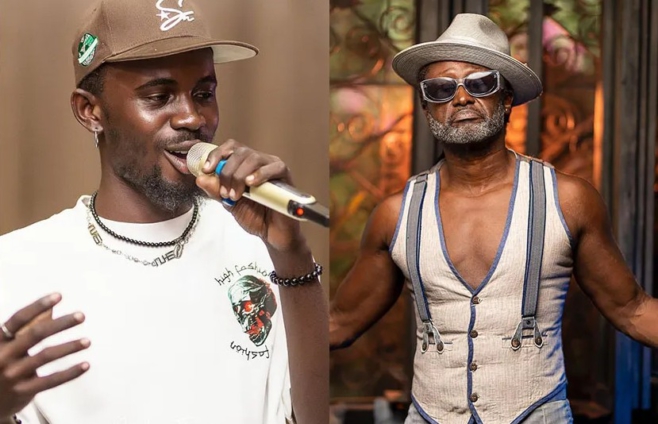 The pioneer of Hiplife, Reggie Rockson, has said that he advised Black Sherif to name his music style because he has not heard any musician sound like the ‘Kwaku The Traveller’ hitmaker.

According to him, Black Sherif’s music style does not fall into the regular genre of music available although he takes inspiration from some of them including Highlife.

Speaking on Daybreak Hitz on Hitz FM, Reggie Rockstone said “His sound is so unique. There is nothing out there that sounds like that, nothing, and I listen to music far and wide.”

He added that “the closer people have traced him to sometimes is Okomfour Kwadee and then his highlife roots which he recently spoke on. I am very proud of that. He went right back to the roots of Highlife.”

Reggie Rockstone noted that it is however not by force for the young musician to create a name for his music, especially following the comments by Black Sherif, in an interview, that the youth do not place emphasis on music genres anymore.

“They just wanna listen to music, which is something I didn’t know. Now, I know this because I and my children had an argument in the car and asked if they listen to hiplife. They said no, whatever sounds good is what they listen to, so times change,” he added.

This comes on the back of Black Sherif’s new album ‘The Villain I Never Was’. His debut album has received great reviews from fans and music lovers.

DISCLAIMER: The Views, Comments, Opinions, Contributions and Statements made by Readers and Contributors on this platform do not necessarily represent the views or policy of Multimedia Group Limited.
Tags:
Black Sherif
Reggie Rockstone
The Villain I Never Was