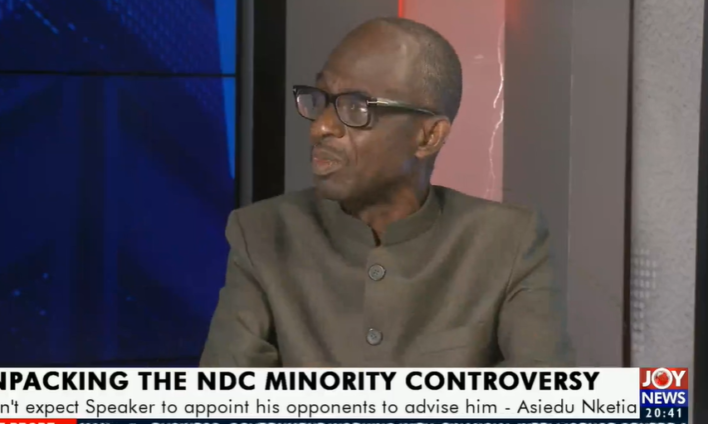 General Secretary for the National Democratic Congress (NDC) has taken on the government for its rationale behind the ongoing power outages in part of the country popularly known as ‘dumsor.’

Johnson Asiedu Nketia the justification provided by the New Patriotic Party (NPP) is untenable and flies in the face of logic.

“Dumsor has come and this one is because of the negligence of this government,” he said on Sunday.

Energy Minister, Dr Matthew Opoku Prempeh says that most of the transmission lines currently transporting electricity to the various substations were old and works are underway to improve them leading to the outages.

The Ghana Grid Company Limited (GRIDCo) also disclosed that construction works on the Pokuase and Kasoa substations among other infrastructure upgrades are expected to rectify the intermittent power outages.

However, the NDC Chief Scribe wants Ghanaians to take these justifications with a pinch of salt adding that the “NPP is lying to Ghanaians.”

“If they are building new transmission lines, it has nothing to do with the existing transmission lines… so how does your building of a substations somewhere contribute to dumsor? It is after you have finished the new line or substation and you want to change over. And that will take you more than a week to do.

“So what is happening now is the breakdown of the existing systems when the new ones haven’t happened yet.”

Speaking on The Probe, he opined that the erstwhile NDC government, as far back as 2014, foresaw this canker and instituted frameworks to ameliorate the crisis.

As part of its measures some tariffs were adjusted upwards as part of the Millennium Development Compact to offset the cost incurred while on a path to improved access to power supply, he told JoyNews.

Mr Nketia said the NPP rode in the back of this tariff increment to tag the NDC as insensitive to the plight of the citizenry for taking that route.

This followed President Akufo-Addo’s proposed review of the tariff setting methodology and cost structure of the country’s energy production.

Mr Asiedu Nketia believes that move was the beginning of the woes currently being suffered under the current dispensation which he says led to a loss of several critical facilities at the time due to inadequate financial muscle.

“Because they were taking the monies from the strength of the balance sheet but their incomes were reduced on the back of the tariff reductions. And so nobody will give you the money so it didn’t come. The management came to declare that they have to stop all the capital projects.”

He fears the situation will get worse.

DISCLAIMER: The Views, Comments, Opinions, Contributions and Statements made by Readers and Contributors on this platform do not necessarily represent the views or policy of Multimedia Group Limited.
Tags:
Dumsor
Johnson Asiedu Nketia
NPP
Power outages