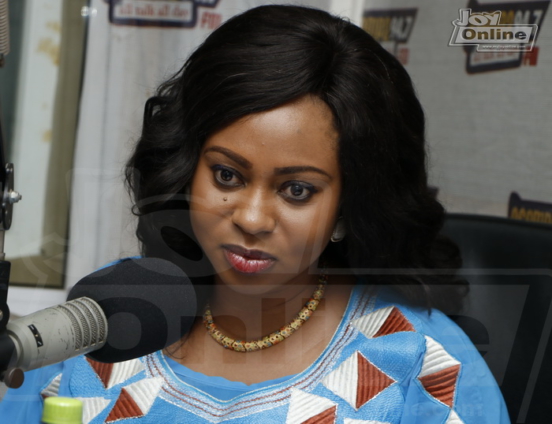 Dome Kwabenya MP, Sarah Adwoa Safo appears to have no breathing space as her colleague MP, Sulemana Adamu Sanid has commenced processes of filing a suit at the Supreme Court to have her seat declared vacant.

In documents cited by JoyNews, the MP is praying the Court that by failing to appear before the Privileges Committee to explain her absence from Parliament, Sarah Adwoa Safo ceases to be a Member of Parliament.

The Privileges Committee report had earlier maintained that the seat for Dome Kwabenya MP, Sarah Adwoa Safo be declared vacant due to her absence in the House.

But Alban Bagbin on Wednesday ruled that the decision by the Privileges Committee is not final.

He was of the view that the report of the Committee must be placed before the whole House for a decision to be made.

“It is for the House that will go through it because the mandate given to an MP, representation is so crucial that it cannot be left to the subjective view of any person or group of people, but the whole House,” Speaker Bagbin said on the floor on Wednesday.

This decision by the Speaker among others, is what the Ahafo-Ano North MP is contesting.

He wants the Supreme Court to declare that the report of the Privileges Committee is not subject to the review of the Speaker of Parliament.

“A declaration that upon a true and proper interpretation of Article 97(1)(c) of the 1992 Constitution of the Republic of Ghana, a member of Parliament who absents himself/herself, without permission in writing of the Speaker and he/she is unable to offer a reasonable explanation to the Parliamentary Committee on privileges, from fifteen sittings of a meeting of Parliament during any period that Parliament has been summoned to meet and continues to meet, automatically forfeits his/her membership of the Parliament of Ghana,” portions of the reliefs read.

The Majority Caucus in Parliament is also poised to challenge Speaker Bagbin’s ruling on the report of the Privileges Committee on absenteeism in Parliament.

The Majority Leader, Osei Kyei-Mensah-Bonsu described the ruling as “unfortunate” and threatened that his side will challenge the Speaker’s decision.

“I totally disagree with the ruling. It doesn’t sit with the Constitution and I must express my discomfort with this unfortunate ruling that has been made because it is very inconsistent. We will come back with a substantive motion to challenge the ruling” he said.

Mr. Kyei-Mensah-Bonsu believes the Speaker has misinterpreted the law of the land.