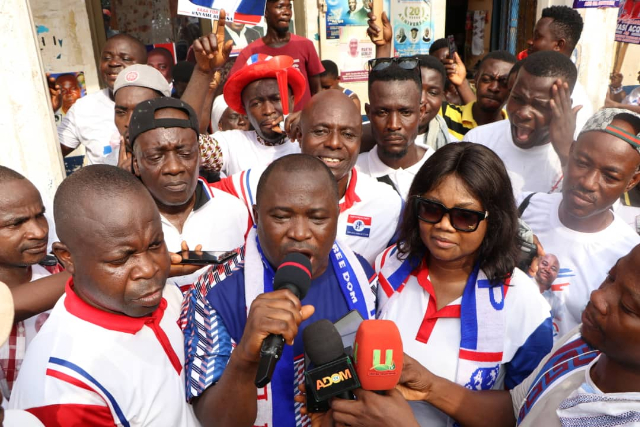 A key contender in the Akyem Oda constituency primary of the New Patriotic Party (NPP), Alexander Akwasi Acquah, has pledged to donate half of his salary to towards the establishment of a fund to cater for the developmental needs of the area.

The businessman has also promised to share his allocation of the MPs’ Common Funds among all 18 electoral areas that make up the Akyem Oda constituency in the Eastern Region, if the NPP delegates give him the nod to lead the party into the 2020 parliamentary election.

The Chief Executive of The Community Hospitals Group further indicated that he will ensure the elected Assembly members, who are the agents of development at the local level, lead his development agenda in the constituency.

“Common Fund is one of the commonest funds available to every Member of Parliament. Whilst others are propagating the cancellation of it because they don’t see the use and benefit of it, I have decided to fairly allocate it to the 18 electoral areas in the Akyem Oda constituency.

He was speaking on Akyemansa FM, a community radio station on Wednesday, February 19, 2020, a day after he filed his nomination to contest the April 25 primary.

The former spokesperson for the National Health Insurance Authority (NHIA) challenged the constituents and delegates, in particular, to hold him accountable for his promises maintaining that he is not into politics to enrich himself.

“Obviously, we are in to serve and not to make money from politics,” Mr Acquah said

The businessman has over the years implemented a number of development projects in the Akyem Oda Township key among them being the Kotokuman Education Trust Fund, an initiative of Alexander Akwasi Acquah Foundation (AAAF).

In 2019, he donated a 4×4 pick-up vehicle to aid the party’s day to day running in the constituency.

He also helped in guaranteeing an interest-free loan scheme to polling station officers to the tune of GH¢300,000.

This enabled many of them to invest the funds into income-generating ventures that saw them become financially independent rather than relying on handouts from politicians.

DISCLAIMER: The Views, Comments, Opinions, Contributions and Statements made by Readers and Contributors on this platform do not necessarily represent the views or policy of Multimedia Group Limited.
Tags:
Alexander Akwasi Acquah
NPP