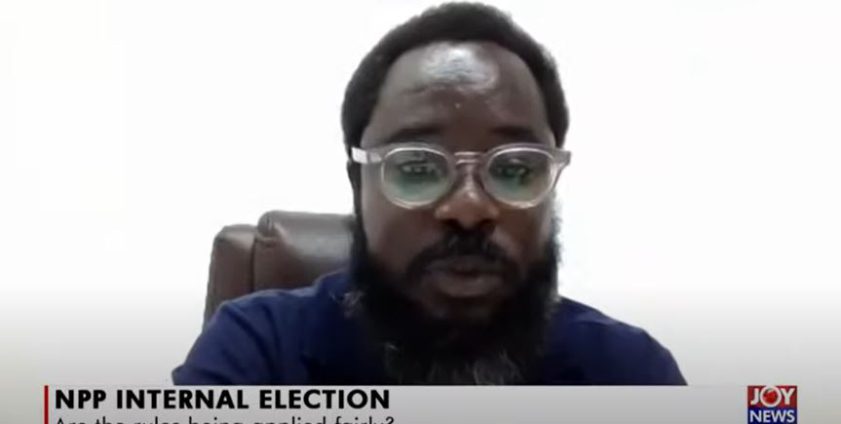 Political marketing expert at the University of Ghana, Dr. Kobby Mensah, has called out leadership of the New Patriotic Party (NPP) for being selective in the application of the party’s code of conduct ahead of its primaries.

General Secretary of the NPP, John Boadu, on Tuesday, January 18 rejected claims that supporters of the Trade Minister, Alan Kyerematen, are being intimidated.

The NPP’s chief scribe also took on some aggrieved pro-party groups such as the Ashanti Patriots Movement by describing them as “mischievous and on a destructive mission.”

He added that it will be in the interest of Mr. Alan Kyerematen to disassociate himself from such diabolic agenda against the NPP.

He added that “equally, the Code of Conduct launched by the Party in July 2021 expressly provides clear procedure for handling alleged breaches of party rules which, however, do not derogate from the provisions in Article 4 of the Party Constitution”.

But reacting to the response from the General Secretary, Dr. Kobby Mensah described the statements as unsatisfactory.

The academic argued in an interview on The Pulse that the breach of the code of conduct by notable personalities like the Vice President, Dr. Mahamudu Bawumia, is being overlooked.

“But you have the agents coming out and demonstrating that and the Vice President hadn’t actually disapproved it, he had actually gone on to put up actions that suggests that indeed he is contesting. Have you taken any action against his supporters or him?” he asked.

Dr. Mensah further warned leadership of the Party that failure to engender trust and a sense of fairness in internal political party campaigns is a notable factor for loosing political power; hence, the need for the governing party to take immediate steps to deal with the grievances of the grassroots of the party.