NPP seeks to ‘break the 8’ to cover up and perpetuate stealing, impunity – NDC 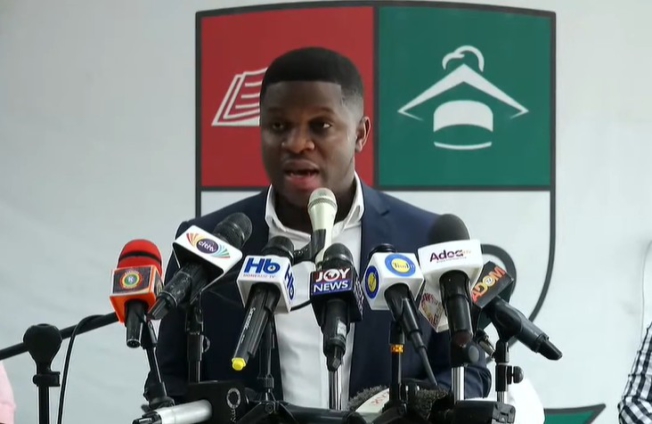 The opposition National Democratic Congress (NDC) has accused President Akufo-Addo and Vice President Dr. Bawumia of seeking another term in government for the NPP beyond their current eight-year tenure to cover up their misdeeds.

According to the NDC, the NPP intend to have what would be a record consecutive three terms in office in order to have a free rein to perpetuate corruption and impunity.

Barely one year into their second four-year term, the NPP-led government is already seeking another term beyond the eight years – what it calls “break the 8.”

But addressing a Press Conference on Monday at the party’s headquarters in Adabraka in Accra, the Communication Officer of the NDC, Sammy Gyamfi called on Ghanaians to reject the proposition and instead demand accountability from the Akufo-Addo/Bawumia government.

“The only motivation for President Akufo-Addo, Dr. Bawumia and the NPP to want to “Break the 8” in their own words, is to help them perpetuate this regime of corruption, naked thievery, ostentation and impunity.

“Most of all, their wish is that in 2024, Ghanaians will give them another opportunity to cover-up their bad deeds and continue to dim the torch of accountability while further enriching themselves and impoverishing the Ghanaian people” he said.

The statement also commended the Minority in Parliament, CSOs and the former Special Prosecutor for their vigilance.

It also called for all Ghanaians to get involved and not to relent in the fight against corruption.