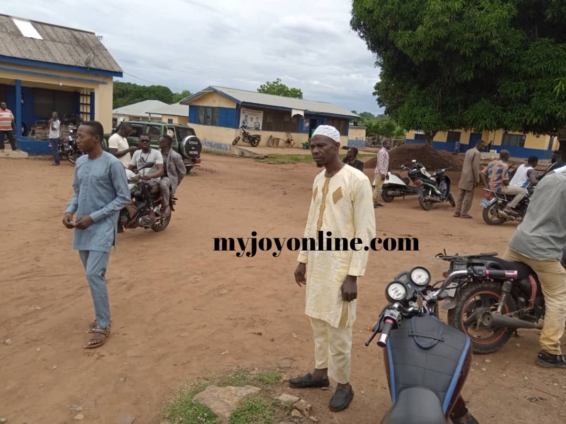 A 40-year-old man who received several death threats weeks ago, has been attacked by two men at Ejura in the Ashanti Region.

Ibrahim Mohammed, was repeatedly hit in the head with objects until he lost consciousness.

Mr Mohammed is a well-known NPP member in the Ejura Sekyeredumasi constituency. He has always called for social amenities to be provided to the rural folks.

According to his brother’s wife, Sadia Fuseini, she heard incessant screams from outside, she therefore went to check who it was, only to find Ibrahim lying unconscious.

Speaking to JoyNews’ Mahmud Mohammed-Nurudeen, a relative of the victim, Abee Wakas Umar stated that “the assailants thought Ibrahim had died and so they quickly left the house.”

At about 2:00am, the victim’s wife, Sa’ada Hudu and other relatives had to transport Ibrahim on motorbike to the Ejura Government Hospital for medical treatment.

Sources say, he was found in a pool of blood after the assailants had left. According to a Medical report in the possession of JoyNews, Ibrahim was diagnosed with severe head injury due to the assault.

The victim is therefore not responding to external stimuli. As a result, a Medical Superintent at the Hospital said Ibrahim’s condition is critical.

Ibrahim has therefore been referred to the Komfo Anokye Teaching Hospital for further medical attention.

Sources say his decision to highlight issues facing the rural folks did not go well down with some people who claim it makes the town unpopular.

Ibrahim, popularly known as Kaaka received several death threats until Saturday dawn when he had returned home from preparing for his relative’s wedding when the two assailants attacked him.

Umar said the assailants had already ambushed him in the house, knowing well he would come back late because of their conversation, usually long hours, ahead of the wedding ceremony.

When Ibrahim got home on his motorbike, he was severely attacked leading to the severe head injury.

The case has been reported to the Ejura police, but some residents are unhappy with the slowness of the investigation since they have already submitted names of suspects to the police.

They have therefore stormed the district police command demanding answers and asking the Police to speed up investigation to avoid disturbance in the town.

Police report from the Criminal Investigation Department indicates, the case was reported at 2:00am Saturday, June 26, 2021. But the security service is yet to communicate to the relatives; a situation the family is dissatisfied with.