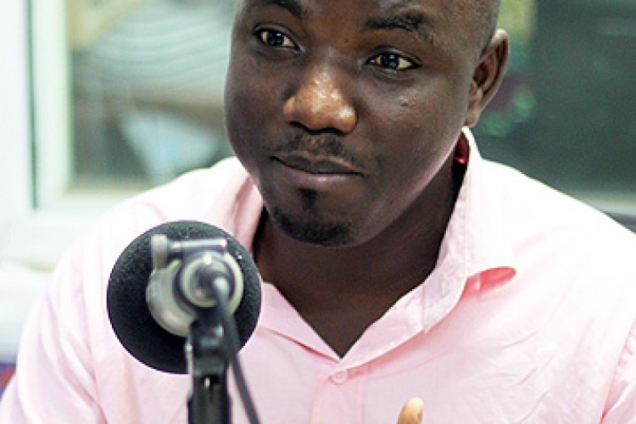 A Senior Lecturer at the Political Science Department of the University of Ghana, Dr Alidu Seidu

A Political Science lecturer at the University of Ghana, Dr. Seidu Alidu, has described the New Patriotic Party’s ‘Breaking the Eight’ mantra as an uphill task even with the new crop of executives they currently have.

According to him, despite the balance this new crop of executives present to the party, they have an arduous task preparing the party and convincing Ghanaians that the NPP is still a better choice in the upcoming 2024 elections.

He noted that the new executives indeed do bring with them a generational and even regional balance, but this balance might not be sufficient to breaking the eight.

Speaking on JoyNews’ PM Express, he explained, “I tend to see a little bit of good thing in them. One, the kind of very delicate balance that we have in terms of generation; we have a kind of generational balance. You see relatively older and younger faces in that particular crop of executives.

“You also see that element of balance of experience, I think about three of the current executives have been retained and you tend to see people who are getting into those positions for the first time or maybe moving positions… and that kind of older faces who have been there. So you kind of see that new experience coming on board to join the very old experience. So that’s also very balanced.

“Then you also look at balance in terms of region. I think we have about five regions representative elected in that kind of executives that we have. So you have two from Northern, two from Eastern, you have one from Bono, you have three from Ashanti and one from Upper East. And that is also kind of national representation. Everybody in these particular regions can look up to something in these executives. So that is a plus for them.”

He added that even though the National Delegate’s Congress had not gone without some hitches, it was rather hopeful that the general mood was one of unity.

“It’s too early to judge, but you see some kind of unity being mooted after the congress. Except the fact that Asabee makes some accusations about the voter buying, but also the fact that Chairman Wontumi rallied about 15 regional chairmen to declare for a candidate that has completely lost.

“I also read this evening about Titus Glover also saying that he’s going to work for the party, but he cannot work with Nana B because he thinks he has won 13 out of the 16 regions. These are emerging cracks, but I still think the party can put that together,” he said.

Dr. Alidu, however, mentioned that the new executives would have to brace themselves for a threefold challenge should they even consider breaking the eight.

The challenges he said are on the party level, the national level and the global level.

Concerning the challenges on the party level, Dr. Alidu stated that it was time for some reforms to be implemented in the party especially if these executives want to rebuild trust and confidence in the party again.

“If you look at the party level, maybe you’re looking at electing the right executives so you have a very good executive balance, it is necessary but not sufficient for them to break the eight. You’re also looking at unity after the congress which is coming up very strongly after this. But these are not the people who are going to be on the national ballot.

“Complete disregard and breach of party institutions and structures by the current crop of executives who had just left. Will these executives do the same thing?” he said.

On the national level, Dr. Alidu explained that selling the next flagbearer to the Ghanaian populace would be a very difficult task considering the current economic situation the country finds itself in under the party.

“We’re looking at the appeal of the candidate they’re going to elect. Credibility is very important, class worthiness, and the whole concept of confidence – will the national population be able to impose confidence in either Alan or Bawumia given the track record?

“Given what they have said in the past and what they’re doing? How has been the party’s performance? …the way we have managed the economy, are people able to make a decent living? Are people going to look at their conditions of welfare and wellbeing and how will that portend to the victory of the NPP?”

On the global stage, Dr. Alidu noted that whereas a lot of issues are out of the control of both the government and most especially the executives, how the current government responds to the problem within the available time will determine whether the party will be able to break the eight.

“There are lots of global level factors that we can control, and some that we cannot control. The process of crude oil and its impact on our lives now. And Evans, it’s the same thing if you compare the situation we’re living in now to what was happening in 2008.

“We had the same level of global hikes in crude oil prices , there were lot of food shortages because of disruption in supply chain just as we are having now, inflation was very high people were complaining and all those things. They’re just repeating what happened in 2008.

“And then the IMF…it is a very important thing and they’re going to hijack your policy autonomy and you’ll know what the people want but you’ll not be able to do it for them,” he said.

“And all these things are going to fix into breaking the 8 mantra, so it’s not just an easy lip service or slogan, it is something that require a lot of effort even factors beyond the control of the current crop of executives that have been elected,” he added.

DISCLAIMER: The Views, Comments, Opinions, Contributions and Statements made by Readers and Contributors on this platform do not necessarily represent the views or policy of Multimedia Group Limited.
Tags:
Breaking the Eight
Dr. Seidu Alidu
New Patriotic Party