Obour was the worst MUSIGA President ever – Ras Caleb 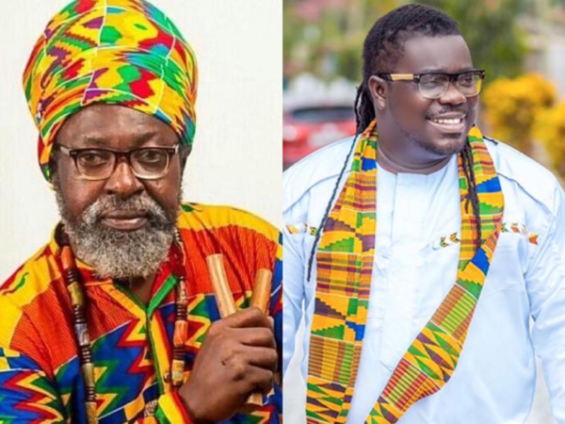 The Chairman of the Greater Accra Chapter of the Musicians Union of Ghana (MUSIGA) has called out their former president, Bice Osei Kuffuor, aka Obour, for failing the Union despite the support he received during his tenure.

Ras Caleb said that successive MUSIGA presidents placed their interests ahead of the Union, stating, “Obour was the worst because he got all the resources”.

Ras Caleb Appiah-Levi said this on Wednesday at the Kempinski Hotel in Accra during the government’s launch of Tourism SME Grants.

The Union’s impending poll to elect new executives to manage its affair has been halted for several reasons.

According to Ras Caleb, the Union’s Acting President, Bessa Simons, needs to step down to pave the way for the elections.

He claims that Mr Simons is on a mission “to continue a rotten legacy, handed over to him by Bice ‘Obour’ Osei Kuffuor”.

The long-standing member of MUSIGA recounted the support that thronged they received during Obour’s tenure of office.

He lamented that despite that financial assistance, the union “cannot boast of even one plot of land”.

He believes Obour should have put monies received to proper use by acquiring at least lands in all regions to aid the commencement of structures for regional offices.

DISCLAIMER: The Views, Comments, Opinions, Contributions and Statements made by Readers and Contributors on this platform do not necessarily represent the views or policy of Multimedia Group Limited.
Tags:
MUSIGA
Obour
Ras Caleb Appiah Levi